The Jews are a peculiar people; things permitted to other nations are forbidden to the Jews. Other nations drive out thousands, even millions of people and there is no refugee problem. Russia did it, Poland and Czechoslovakia did it. Turkey threw out a million Greeks, and Algeria a million Frenchman. 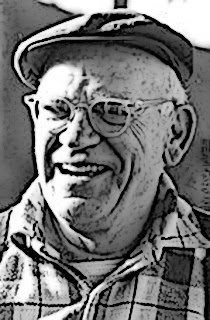 Indonesia threw out heaven knows how many Chinese and no one says a word about refugees. But in the case of Israel , the displaced Arabs have become eternal refugees. Everyone insists that Israel must take back every single one.

Arnold Toynbee calls the displacement of the Arabs an atrocity greater than any committed by the Nazis. Other nations when victorious on the battlefield dictate peace terms. But when Israel is victorious, it must sue for peace.

Everyone expects the Jews to be the only real Christians in this world. Other nations, when they are defeated, survive and recover but should Israel be defeated it would be destroyed. Had Nasser triumphed last June [1967], he would have wiped Israel off the map, and no one would have lifted a finger to save the Jews.

No commitment to the Jews by any government, including our own, is worth the paper it is written on. There is a cry of outrage all over the world when people die in Vietnam or when two Blacks are executed in Rhodesia . But, when Hitler slaughtered Jews no one remonstrated with him.

The Swedes, who are ready to break off diplomatic relations with America because of what we do in Vietnam, did not let out a peep when Hitler was slaughtering Jews. They sent Hitler choice iron ore, and ball bearings, and serviced his troop trains to Norway.

The Jews are alone in the world. If Israel survives, it will be solely because of Jewish efforts. And Jewish resources. Yet at this moment, Israel is our only reliable and unconditional ally. We can rely more on Israel than Israel can rely on us. And one has only to imagine what would have happened last summer [1967] had the Arabs and their Russian backers won the war, to realize how vital the survival of Israel is to America and the West in general.

I have a premonition that will not leave me; as it goes with Israel so will it go with all of us. Should Israel perish, the Holocaust will be upon us all.

Prescient, to say the least. Israel has been so abused by their "friends" for so long that they finally seem to have learned their lesson. Gasbags, like John Kerry, can not be trusted with Israel's security. Certainly an Arab-sympathizer in the White House can not be trusted.

I fear that once Bibi leaves office, the huge void he'll leave will allow the Israeli left to once again rise up and regain prominence. It's an increasingly dangerous region and with Obama allowing Iran to develop nukes (did anyone really believe him when he swore he'd never allow it?), the region is getting even more volatile.

Another weak American leader, along with another weak Israeli leader will sadly spell doom for the Jews once again.

Israel will not perish..those that oppose Israel will perish.Israel will rise to defeat China, Russia and the Arabs

There have been Christian Arabs in Israel since the time of Jesus.