This, my friends, is called speaking truth to power.


In Australia, each citizen's share of the [national] debt is $12,000; in New Zealand, it's $15,000 per person; in Canada, $18,000; in the United Kingdom, $28,000. And in the United States it's $54,000 per person — twice as much as Britain, thrice as much as Canada, closing in on five times as much as Australia. And that's before you toss in all the other junk which leaves a total debt burden in the US of close to three-quarters of a million dollars per family. America is on course to be the first nation of negative millionaires. 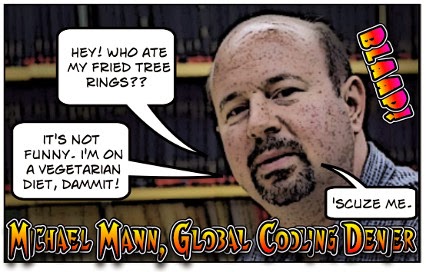 So, while Canada's got a balanced budget and New Zealand's paying down its national debt and Australia's government debt is about 11 per cent of GDP (versus 100 per cent of GDP in the United States), Americans are supposed to be encouraged because, in a spirit of comity, the bipartisan kleptocracy in Washington has nodded through a plan to make things worse. Former Congressman turned Club for Growth honcho Chris Chocola:

Which brings us to the Ryan–Murray budget, a partial repeal of the sequester. The agreement was a function of the fact that many Republicans in the House simply never wanted to cut spending or limit the size of government.

I served with and respect Paul Ryan. I know the Ryan–Murray budget is not his ideal budget. But that doesn't make the deal any less of a joke. An analysis by the Senate Budget Committee Republicans noted that 56 percent of the offsets for the reversal of the sequester come in FY 2022 and FY 2023 — a decade from now.

Speaker Boehner called that "deficit reduction." I call that a fraud and everyone with any common sense would agree with me. What kind of message does it send to voters when Republican leadership is claiming that you can offset increases in spending today with cuts in spending a decade from now?

It sends the message that the GOP is a joke. Canada, Australia and New Zealand are doing it now, not legislating fairyland cuts that kick in eight years after the legislators' terms of office end. Granted, all those countries have conservative governments, which the US is in no danger of getting any time soon. But here's why the Republican Party really isn't good enough: it's not just that the GOP is less fiscally conservative - by which I mean fiscally responsible - than other conservative parties, it's less fiscally conservative than many left-wing governments. The Liberal Party of Canada spent the "fat" years of the Nineties paying off the national debt, prompting my old comrade Kate O'Beirne to joke, "If only we could get American conservatives to be as fiscally responsible as Canadian liberals" - a jest one could also extend to the Australian Labor Party, which, while certainly profligate in Aussie terms, was a paragon of rectitude compared to Boehner and the gang.

Kate's is a cute joke. Except, of course, that the joke's on us. As Chris Chocola concludes:

So the Republican leadership says the Club for Growth has been "misleading their followers" and has "lost credibility"? That's a bit ironic, coming from a big-spending, debt-increasing, farm-subsidy enabling, entitlement-expanding party leadership that has abandoned its principles . . . all in the name of retaining their own power. And to what end?

When a Congressman talks about reducing spending in 2024, 2027, 2030, laugh in his face, and tell him that, when Representatives are elected for 20-year terms, then we'll listen to his plans for 2034. The bipartisan consensus to ramp up those debt per capita figures is not just an abstraction, but a massive gamble on the future - the future of the dollar as the global currency, the future of your children, and the future of America as a First World nation.

You can read more regarding that last point in Mark's international bestseller After America, personally autographed copies of which are available in hardback, paperback and audio editions exclusively at the SteynOnline bookstore, and whose proceeds will go to fund Steyn's end of the upcoming Mann vs. Steyn trial.

Wouldn't it be interesting to review the record for long-term promises made by legislators that have "served" for decades? They have a history, and I would suggest it's shabby. I still recall terms like the Social Security Lockbox and federal investment, and a time when people believed they were real. They seem to find it convenient to forget that no Congress can constrain future Congresses. They don't possess the power to make enforceable promises about the future. In short anytime a Congress member makes a promise about the future beyond their term they're blowing sunshine up your skirt. Steyn is dead on.

Love Mark Steyn, but not even his intellect is required to explain why the GOP House leadership is one big bag of dung.

The GOP is now -- and forever -- a dirty word. The Tea Party is our salvation.