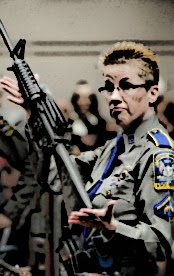 What Options Do Republicans Have to Counter Obama’s Pen?: Bill Straub
Louie Gohmert: John Boehner Will Be Gone By January: John Hawkins
Why Mrs. Clinton's Entire History Matters : AT

What MinuteClinics and Google Fiber teach about crony capitalism: James Pethokoukis
Only in New Jersey: Get a government job, retire on $195,000 per year!: WyBlog
Chicago's zoning laws are just insane: Daniel Hertz

This is the oldest fragment of Earth ever found: Gizmodo
Do No Evil Google?: Jim Quinn, The Burning Platform
News Flash from Redmond: FOSS Causes Dissatisfaction!: Katherine Noyes

QOTD: "“I have not been a strong supporter of Barack Obama, but this [the 2014 massive defense cuts] really is over the top. :It does enormous long-term damage to our military. They act as though it is like highway spending and you can turn it on and off. The fact of the matter is he is having a huge impact on the ability of future presidents to deal with future crises that are bound to arise.

[I] think the whole thing is not driven by any change in world circumstances. It is driven by budget considerations. He would much rather spend the money on food stamps than he would on a strong military or support for our troops." --Dick Cheney

Barack Obama has posed a searching question to the American people and that is, at what point does lawlessness become evil?

Eww, that's some picture. Are those man boobs or breasts?
Anybody who swore to uphold the Constitution won't be showing up to take guns. I suggest the rest should follow Eric Holder's advice and retreat, for talks.

In the case of personal security arrangements, the main or level 1 version would be firearms within easy reach within a structure. These would be the primary weapons used for hunting and defense.