Presidential candidate Senator Barack Obama said that in a 2008 campaign speech. It was not news then. 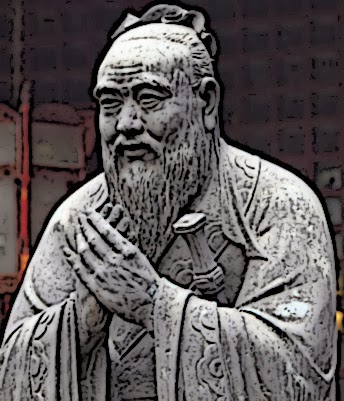 And it's not news now, for as long as there have been words they have mattered.

What matters most about words today is that, in politics, they are losing their core meanings as doublespeak spreads.

When a Senator says that the federal debt is "unsustainable," that doesn't mean the peak of debt has been reached. It means the debt will grow higher, until Arithmetic, the ultimate Black Swan, says it can't be sustained.

When a State Department official says that another country's behavior is "unacceptable," that doesn't mean it won't be accepted. It means it will be accepted, because there is no perceived option.

When the word "period" is spoken at the end of a declarative sentence it doesn't mean "no ifs, ands, or buts about it." It's just an emphatic, verbal punctuation mark used to sell a lie.

When the President says that "all economists agree," that doesn't mean they all agree. All economics can't agree on much of anything, for where two or more economists are gathered together opinions will outnumber headcount. Those words aim to discount economists who disagree with the Regime.

When an official of the Environmental Protection Agency calls manmade global warming "settled science," it means not all climatologists agree, just the ones who get government grants.

In the last few years, "extremist" has become the key word progressive liberals use to describe their most articulate ideological opponents. Consequently, Rand Paul and Ted Cruz are "extremists."

Recently, the meaning of full employment has begun to shift, although economists have never agreed on a statistical definition.

When post-World War II politicians wearied of the academic debate over its meaning, they passed the Employment Act of 1946. In 1978, Congress slightly moved the statistical markers of full employment in the Humphrey–Hawkins Full Employment Act.

Today, the Obama Regime is moving the meaning full employment to a new universe.

Its fundamental transformation will be completed when, well before November 2016, the Bureau of Labor Statistics announces that the unemployment rate has dropped to – just make-up a number – say, 5.4%.

Once that level is achieved, full employment will have a new definition.

Once everyone who is working a full- or part-time job is paid a living wage, the nation's workforce will have reached the level of full employment.

The unemployed will enjoy the benefits of, as Nancy Pelosi said, the liberation found in the "freedom to pursue happiness." They will be freed from the burden of working for a living. Henceforth, our new independence will be based our unalienable rights to "life, liberty and the pursuit of leisure."

Just as economists don't agree on the definition of full employment, students of Confucius don't agree on his exact words, or on the meaning of his teachings. But, he is often cited as having said this:

"Science" used to mean "facts learned through experimentation and observation". But today it means "an idea expressed by someone who calls himself a scientist".