REP. GOHMERT: Boehner Will Be Gone as Speaker by January 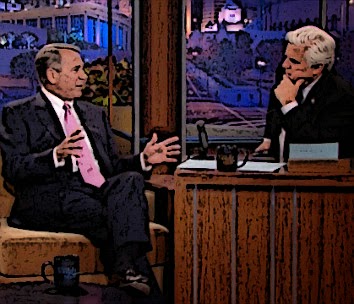 One of the tea-party leaders in Congress believes the days of Rep. John Boehner, R-Ohio, as speaker of the House of Representatives are numbered... Rep. Louie Gohmert, R-Texas, ... predicts Boehner will no longer be speaker “by next January,” regardless of the outcome of the midterm election in November.

The Texan doesn’t think it will take a coup to remove Boehner, believing the tide is already moving in that direction, and saying, “I think people are ready for a change.”

And Gohmert would see that as a change for the better, because, he says, “We’ve got to have someone who is smart enough to realize” it was (Sen. Majority Leader) Harry Reid (D-Nev.) who shut down the government, not the GOP.

That is precisely right. Boehner had a unique opportunity on Leno to sell the conservative vision of opportunity, full employment and less government. Instead, he slouched in his chair, blamed his own party for the shutdown, talked about himself, and -- in general -- exhibited all the charisma of a moldy blanket.

In addition to predicting the downfall of Boehner as speaker, Gohmert also [said]:

...Gohmert described tea parties as the GOP’s natural constituency, taxpayers who are tired of seeing government waste and abuse. 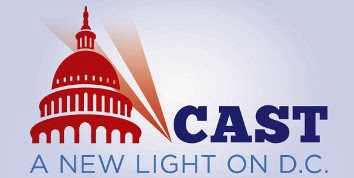 ...The lawmaker predicted that if the GOP disenfranchises tea-party voters, they will stay home on Election Day... “Look at 2012,” he said. “You had millions and millions of Americans who were so turned off by an extremely nice, but moderate (GOP presidential candidate Mitt Romney) that the Republican establishment put up for us.”

Soft-spoken but adamant, Gohmert insisted, “It should be pretty clear by now” that what he called “a very nice moderate like Bob Dole, or a moderate but good man with the Hanoi Hilton in his background, like John McCain, or an extremely nice moderate like Mitt Romney, are not the answer to getting voters out and taking the Senate majority back.”

He warned, “I hope they’ll wake up before they ruin the chance of taking the Senate this year.”

I encourage you to help Mr. Boehner on his way back to the private sector by supporting conservative Republican J.D. Winteregg for Congress. I'm sure Mr. Boehner's tanning booth operator, liquor purveyor and favorite Speedway cigarette salesman will all appreciate the help.

Never understood how Boehner got the speakership to begin with. I pray this happens.

Wish Louie would have taken on Cornyn.

boehner is so stupid democrats want him to continue as speaker

I agree with you about Winteregg. Although, Gurr was the first to challenge Boehner, he just doesn't seem like a strong opponent who will really stand up and fight for conservatives. I did see an ad of his this morning - it was ok, but he is not a "scrapper" like I think Winteregg will be. It's too bad there are two of them - once the polls show who has the advantage, the one that does not should bow out and let the stronger challenger take the reins. I love on SSI and have been donating to Matt Bevin and the Senate Conservatives Fund. As soon as I can, I will donate to Winteregg. He is pitifully lacking a war chest - but not with a solid platform! Boehner MUST GO. He doesn't have the fire in the belly to fight the Socialists/Marxists - he is weak and extremely inarticulate. He comes off almost as bad as Biden. I will donate to JD as soon as I can - we have until May. It's not gong to be easy - but, nothing WORTH IT, ever is.