MARK LEVIN: Obama has hijacked the institutions of government and unleashed them on the people 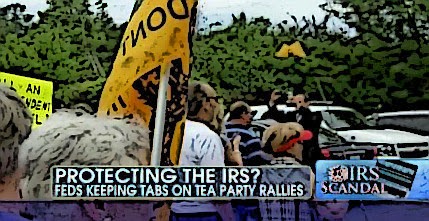 The FCC, call it whatever you want, Barack Obama's henchman, Barack Obama's comrades, there, that's right, all over the federal government have hijacked the institutions of government and are now turning them on the people. Whether it's the EPA, or the Department of Justice, the Interior Department, NOAA, this, that or the other, they're using the government, they are using a law against us. Which is the definition of tyranny.

No respect for the rule of law. No respect for the constitution. Now they'll use those things to attack Republican presidents, but they don't give a damn about it when it comes to a radical leftist like Obama. And so it is necessary to remind ourselves who we are, what our power is, what our heritage is as we fight what is increasingly the battle that the Framers fought against tyranny.