SPRINGFIELD, Ill. — It’s been a parade of disappointment at the Illinois Capitol this month. 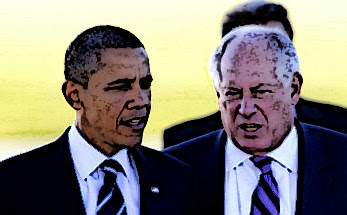 Public schools, universities, hospitals, doctors, nursing homes, public health advocates and just about anybody else that receives state money have all trudged to the statehouse to be publicly reminded that Illinois will lose more than $1 billion if the 2011 “temporary” income tax increases are allowed to expire.

“Should we end up having to cut $1.9 billion out of our revenue stream this year…that would mean every single program mentioned as being of interest to (the Illinois Human Service committee) would have to be cut in its entirety,” state Rep. Greg Harris, D-Chicago, cautioned lawmakers Thursday.

It’s not just that the state may take in less in tax dollars. Illinois is also spending more.

Illinois’ Senate President John Cullerton, D-Chicago, said the state has committed to spending more than $1 billion on people who depend on government or who work for government.

While public workers will get more, Illinois’ public schools will likely get less.

The state board of education says 63 percent of Illinois schools are in financial distress, and notes that 23 percent of schools have just 100 days of cash on hand.

School officials have asked for $1 billion, but lawmakers have told them the state doesn’t have it.

The money is, instead, being spent on pay raises and the ever increasing pension payments.

“That is backwards,” Senate GOP Leader Christine Radogno said. ““(But) What the Democrats would like the taxpayers in the state to believe is that ‘We can’t do anything about that. Our hands are tied.’ That is nonsense.”

Radogno said Democrats, from Quinn on down, are ignoring possible budget cuts and spending reforms to pave the way for another tax increase.

“Look at states around us that have made dramatic changes: Wisconsin, Indiana, Michigan. They are flourishing,” Radogno said. “They are creating jobs. They are attracting people back into their states, whereas Illinois is losing people every single day of the year.”

Illinois lawmakers have begun the process of figuring out how to spend $34 billion dollars in the next state budget. That’s $2 billion less than is being spent this year, and doesn’t even begin to approach Illinois’ ever-growing stack of unpaid bills that total about $6 billion.

Illinois is required to have a balanced budget ready for the governor by June 1.

Reach Benjamin Yount at Ben@IllinoisWatchdog.org and find him on Twitter @BenYount.

Amazing that anyone buys the Democrats "for the children" BS.

Yet they still win elections on it.

Unions exist to protect UNION MEMBERS. That's who pays them dues. That's who they work for. They don't care AT ALL about the children that teachers in their union are supposedly educating. The same goes for every other bureaucracy and business that is unionized. They exist to protect the union members and care NOTHING for the product or service those unionized employees get paid to produce.

Further, they really work for the WORST 10% of the union members. The ones that should have been fired within the first 6 months of employment. That's who unions represent: people who are completely unemployable. These people gravitate to union jobs where they can't be fired. Unions spend the overwhelming majority of their time and resources defending these deadbeats.