REASON #4,305 THE REPUBLICAN LEADERSHIP NEEDS TO GO: GOP elites said to be happy with IRS targeting

Wondering why Johnny Boehner refuses to name a Select Investigative Committee to get to the bottom of the unconscionable weaponization of the IRS by the Obama administration? Well, wonder no more.

The ruling class in Washington, which includes the GOP Establishment, has tacitly endorsed the unlawful targeting of conservatives by the IRS according to one veteran Democrat operative. 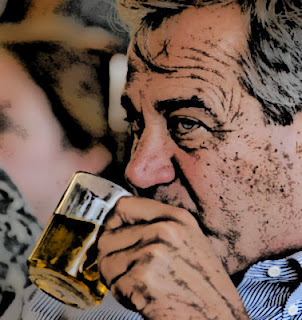 Find the date of your primary here and join with me in a massive march to the polls to unseat the cowardly, feckless, progressive GOP elites. Let them try to get a job in the private sector like the rest of us.

I think Pat Cadell is right. They do want the IRS to go after them so they can't unseat any of them.

They just want to keep their jobs, business as usual, feather their nests. The Tea Party upsets their world.

I recently decided (after changing states) to register as an independent. I had been a Republican my whole life.

You establishment Republicans want to push me out? I'm out. Great job, guys.

You aren't Republicans any more. No real Republican would let the IRS do this to anyone. You cheap politicians disgust me.

I'm glad not to be on your mailing lists any more.

scum washington demoncrat rinos.. at least not giving to rinos having some effect... tea party PACS out rised rinos PACS in 2013
I tell the RNC fund raisers to get lost .. no more money for rinos and no more votes for any rino
Is seemed strange that rino boehner didn't care much about the IRS scandal.. well tea party put boehners
sorry ass in as speaker and the tea party will elect a new speaker in 2015.. Praise the Lord and thanks to Caddell for speaking the truth and outing our communist establishment rinos

Ok, so have we settled this issue? -- That a dollar or a vote for these @#$$%suckers is a dollar and a vote for Barack Obama?

Can we move on, and fully abandon the GOP and embrace the Tea Party?

Oh -- on the way out, would someone please kick Karl Rove in the balls?