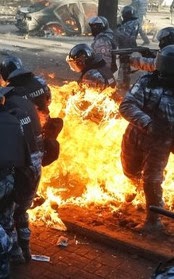 Washington’s Pack of Pretenders: Tom Blumer
Obama(S)care: Con Artists and Criminals in Charge: Michelle Malkin
Of Course He Should Be Impeached: David Catron

The Original Right-Wing Extremist: MilitiaNews
Sow the Wind: Bob Owens
An Open Letter to the Men and Women of the New York State Police: SSI

On 5th Anniversary, White House Declares Stimulus a Success: TruthRevolt
Elections Have Consequences: WyBlog
Where State Income Taxes are the Lowest in One Convenient Map: IJR

Flashback: WH Made Up Term “Lives Touched” To Inflate Stimulus Jobs: MenRec
Have an E Series Savings Bond? If So, It No Longer Pays Interest: Mish
Don't Cry for the Shareholders of Fannie Mae and Freddie Mac: ZH

How Hillary Clinton sicced the FBI on the White House travel office: DC
Why a national license plate database should worry every American: MassPrivateI
Public Schools Are Preparing America’s Children For Life In A Police State: Michael Snyder

Bolton on Ukraine: Obama weak, feckless; U.S. influence slipping away and we will pay the price: Scoop
Up to Speed: What’s Going on in Ukraine?: Nina Strochlic, Daily Beast
Ukraine crisis: 25 dead after renewed Kiev assault on protesters: BBC

Meet The Woman Behind One Of Facebook’s Most Lucrative New Businesses: BuzzFeed
Apple needs Time-Warner Cable more than does Comcast: I, Cringely
Target told to carry out security review just months before breach: Sophos

QOTD: "The failure of the stimulus was a failure of the neo-Keynesian belief that economies can be jolted into action by a wave of government spending. In fact, people are smart enough to realize that every dollar poured into the economy via government spending must eventually be taken out of the productive economy in the form of taxes. The way to jolt an economy to life and to sustain long-term growth is to create more incentives for people to work, save and invest. Let's hope Washington's next stimulus plan is aimed at reducing the tax and regulatory burden on American job creators." --WSJ

Dear President of Uganda;
I speak for the United States of America when I say please ignore Barry Soetoro (aka Barack Obama)when he claims homosexuality as a "fundamental human right". Nobody in America believes this, he is simply "the man behind a curtain".
What we do ask is that you furnish a place in your Country for Mr. Obama to be sent into exile, for this we will be in your debt. In fact, because we wish to preserve him and his people as ornaments for display please also make ready for John Kerry, Hillary Clinton and Nancy Pelosi. They are accustomed to being Barry's "mouth pieces" and will find fulfillment heralding his bodily functions and pleasures.

Good to be refreshed on "Travelgate" and Hillary's perfidy. That was one scandal which quickly went away but that was Bill's MO (make it go away). Hillary is as dirty as they come and I'd like to see a piece on her involvement with Vince Foster as well. Young people need to be informed about these 2 people who have outlived their time.
And for Obama's disgraceful remarks about the President of Uganda ("when he visits we will make him a sandwich",) what can you say?