HANSON: Illegal immigration "the reason California is destroyed" and the "path to Armageddon" for the U.S.

Furthermore, "it is forbidden to notice that there is a cause-and-effect relationship between illegal immigration and these woes."

On January 30, 2014, historian Victor Davis Hanson visited the Mark Levin Show (click here to open a new tab and listen to the podcast) and offered the most succinct, powerful and ominous summary of illegal immigration that I've ever heard.

The American Thinker's John Bennett captured the salient points and they are shocking. 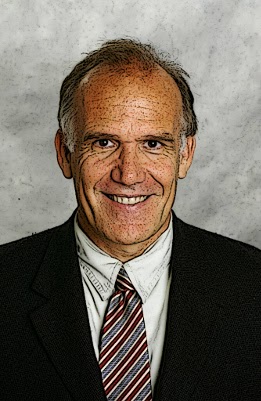 America could be on "a path to Armageddon," given the blend of relativism, racial preferences, and nullified immigration laws...

Hanson pointed out that many of today's immigrants are not repeating the pattern of the Italians or Greeks, as just two examples. While Latino studies programs can be found at almost all universities, one does not find such "studies" for Italians or Greeks. That is just one dramatic distinction between immigrants today and past immigrants.

...Instead of amnesty, the Republicans should be pushing for limits on immigration. Hanson suggests that we can take 100,000 legal immigrants per year, but we can't take one million per year, especially when they lack high school diplomas or English proficiency.

...A Californian, Hanson has seen firsthand the fiscal, social, and educational problems stemming from illegal immigration. Illegal immigration is "the reason the state is destroyed," Hanson bluntly stated...

California, as a state, serves as the shining example of what happens under lax enforcement of immigration laws. The state is going bankrupt. The Republican Party is going extinct. At their lowest level of registration since 1922, Republicans are 29% of registered voters in California, while Democrats are 44%. In the face of population changes of the type that have occurred, the Republicans can't modify, they can't adjust, they can only die out.

...conservative voters understand that "blanket amnesties" are "going to unravel the American experiment and its also going to empower the Democratic Party for 40 years."

Besides, any Republican effort to pander can be easily outdone by the Democrats. "Trying to outrace and outclass and outgender the Democratic Party is a losing proposition."

While they pander, the Republicans would be losing a core group of voters who do actually support them in large numbers. "Why is this leadership deliberately trying to estrange and alienate 70% of the people who will go out and vote?" Hanson asked.

There are "sanctuary cities" that forbid local law enforcement from asking about immigration status or engaging with federal authorities. Hanson urged that Republicans should be seizing on this "nullification" of federal law, to illustrate the left's hypocrisy and recklessness. Even convicted violent felons have been harbored by cities like San Francisco, where one violent felon who should have been deported went on to murder a father and two of his sons.

Illegal immigration not only promotes anarchy, it endorses Balkanization and conflict.

Legal immigration encourages assimilation, the advancement of the civil society, and a harmonious respect for the written law.

The Republicans who push amnesty are encouraging suicide of their party -- and America as a Consitutional republic.

I've been screaming at the top of my lungs about why borders matter for several years, apparently to no effect. Present trends continuing -- a chancy assumption, but the only one I can make at the moment -- the United States will shortly become very disunited.