Does it get any lower than this? 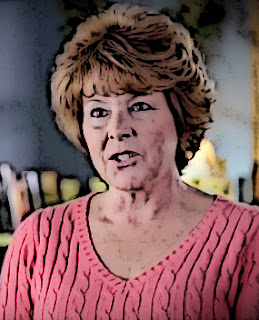 She appeared in an Americans For Prosperity television ad and described her devastating and disheartening experiences with Obamacare.

Instead of answering the concerns, Peters had his lawyers try to get the ad pulled from Michigan stations. Here's the copy of the letter Peters' attorneys sent to try and silence dissent (PDF).

Her story of a canceled policy is true not just for her, but millions of Americans.

This afternoon, AFP-Michigan will accompany Julie Boonstra in her visit to Gary Peters home; she wants an apology.

I would love it if her visit to Peters' house was video recorded. Peters' should be recalled over this arrogant, cruel attempt to silence her. These socialist/Marxist democrats must be stopped. I can't believe Michigan would elect such a dishonorable person to represent them. Disgusting.

In a perfect world, he'd develop testicular cancer, have his penis literally fall off and be thrown into a pen of feral, hungry pigs.

If the station is going to require factual documentation for her claims, then should they not require the same from Gary Peters and Obama since they have consistently spewed untruths on the public airways. Or perhaps this is a case where some citizens (politicians)are more equal than other citizens (the rest of us)?

demoncrats liberals are really just communists .. vote out any demonrtat that votedin 2010 for communist lying obamacare

In the old days, they'd show up at Peters' (and his lawyer's) house with tar and feathers-problem solved expediently. If they get an 'apology', it'll be the mealy-mouthed, non-apology kind.

I have one question - are the assertions in the letter true ("she claimed to the Detroit Free Press that her payments were halved" etc)? I feel a lot of heat, but a missed opportunity to shed some light. You are usually better than this Doug, but you kinda phoned this one in, "two minutes hate" style.

I did follow up to get more details, but the high-level is as follows:

I believe WaPo jumped the gun and made a lot of assumptions. Julie had to scramble to get a plan through a broker.

She hasn't been able to find out if that plan is grandfathered or ACA compliant.

If it is compliant, she doesn't know if her oral chemotherapy is counted to the out of pocket maximum-- it's not exactly a standard drug.

And then hope she has it covered.

Remember: her story is but one of millions.

He is a typical POS Lie bral politician. Sooner we get rid of them the better !!