Just when you think the Washington Post has hit rock bottom, they sink deeper into the tar-pit

To paraphrase Jim Geraghty, in a nation of 320 million people, I'm sure you can find someone who's happy with Obamacare. 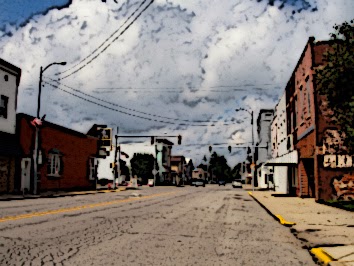 And guess what? The execrable Washington Post and someone named "Sandhya Somashekhar" -- which I'm pretty sure is pronounced "Gesundheit!" -- found someone delighted that they can quit their job. You know, to "escape job lock", which is the new term for Obamacare-induced unemployment.

Count Polly Lower among those who quit their jobs because of the health-care law... It happened in September, when her boss abruptly changed her job description. She went from doing payroll, which she liked, to working on her boss’s schedule, which she loathed...

Hold up: Polly had to work on her boss's schedule? Oh, the humanity!

At another time, she might have had to grit her teeth and accept the new position because she needed the health benefits... But with the health-care law soon to take effect, she simply resigned — and hasn’t looked back.

Yes, isn't being jobless an aspirational goal for everyone? You know, so they can pursue their goals, like writing cowboy poetry or weaving risque macrame.

...[Lower] is now babysitting her 5-year-old granddaughter full time. With the help of federal subsidies that kicked in Jan. 1, she is paying less than $500 a month for health coverage for herself and her husband.

So let's state this more clearly: thanks to Obamacare, Lower has now joined the roughly 100 million Americans collecting an average of $9,000 each from more than 80 means-tested welfare programs.

The Washington Post found ... Lower through Families USA, a health advocacy group that supports the health-care law and maintains a database of people who have benefited from it.

And just who is Families USA? They're an SEIU front group that has been pushing for socialized medicine for years.

In short, the Washington Post is doing its level best to protect Democrats as we head into the 2014 midterm elections even as millions lose their jobs and their health care; and as many as 100 million more may be similarly impacted in 2015, unless the Imperial President rewrites the Obamacare law again through executive edict.

And where does "Sandhya Somashekhar" and the Washington Post find their loathsome propaganda? Why a hardcore, militant labor union aligned with the Marxist-Leninist movement, of course!

Our goal as socialists is to abolish private ownership of the means of production. Our immediate task is to limit the capitalist class’s prerogatives in the workplace…In the short run we must at least minimize the degree of exploitation of workers by capitalists. We can accomplish this by promoting full employment policies, passing local living wage laws, but most of all by increasing the union movement’s power…

I'll let Jonah Goldberg dispense with Gesundheit and her Marxist propaganda in his usual, incisive fashion.

...the real CBO story should be: “That awkward moment when everyone realizes Obamacare was a huge mistake.” The same CBO report projects that by 2024 the number of non-elderly uninsured will be — drum roll, please — 31 million Americans.

And that’s why all of this talk of Democrats as the Job-Lock Liberators is pathetic and hilarious at the same time. Virtually every promise has been broken, every prediction falsified. And now, at a time when millions want work that doesn’t exist, Democrats are claiming victory by trimming the amount of work actually being done.

Hopefully voters will look for ways to liberate these Democrats from the curse of job-lock come November.

The title of the WaPo secretion is "They quit their jobs, thanks to health-care law."

I don't think that headline means what they think it means.

This goes to the heart of the Keynesian-financed Leviathan State. Infinite money enables infinite government. We have had almost 70 years of attempts to print ourselves into prosperity and all we have to show for it is a government class (and their running dog lackies in academia and the media) whose socialism is just leaking out around their Depends.

And they don't need a single person to work at a productive job, because we have now replaced work and creativity as a source of wealth. Why work when Lord Keynes shows the way via infinite debt?

This is not going to end well at all. And in just weeks we will start to see the public face of the primary candidates.

We must avoid allowing the "conservative" candidate tell the voters that he would run the socialist state better than the socialists can. We must return to a government that lives within its means, and its enumerated powers. We have only a very few 'last chances' to peacefully resolve this mess.

At its core, Socialism is the fraudulent offer that we each can live at the expense of others.

Socialism cannot deliver on its promise of a better life for all if only we would agree to this. Decades ago, economist Ludwig von Mises proved that a socialist economy destroys the very economic signals that allow the myriad of participants to measure their expenses and incomes, and thus concluded that a socialist economy was not sustainable. This was restated in more simple terms by Margaret Thatcher in her widely circulated quip that socialism works until it runs out of other people's money.

A Christian should know how this easily violates three of the Ten Commandments (lies, coveting and theft), and how it must always imply the use of coercion through the threat of deadly force. In Matthew chapter 20, Jesus gave the Parable of the Workers in the Vineyard. This parable is full of free market and liberty-oriented implications. It ends in verse 15 with the rhetorical question that destroys socialism: "Is it not lawful for me to do what I want with my own?"

The socialist would answer that question with a bullet, and the history of Stalin, Mao, Castro and Pol Pot proves this to be the case.

Ludwig von Mises, in his book Socialism said we can live by violence or by contract. Socialist must ALWAYS employ at least the credible threat of violence because few people with assets will set still while they are being seized. In a normal society, the victim of a robber can call upon government to protect him, but when the government is the thief, all someone can do is decline to create wealth in the first place. And that is happening, apart from the people who have fled the country and have given up their citizenship.

I think you'll get a laugh out of the video. I don't make very many videos anymore, but less work ObamaCare inspired me to do some more work by making it. Granny Jan (without Jihad Kitty)

lying obama just the same like lying rinos ryan, boehner..they want to steal even more from American middle class taxpayers and give money to their favorite groups
Imagine Wall Street Journal advocating illegals amnesty so corporations can get more cheap labor.. WSJ on the side of obama pelosi,schmmer and all the rinos