As I look back on this past week, I have to summarize it in one word: crisis. 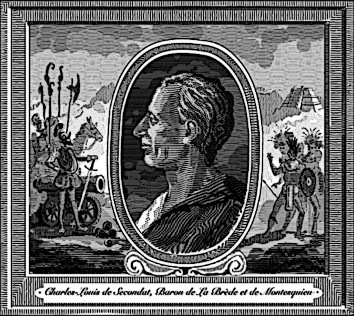 Domestically we face a constitutional crisis with a president who doesn’t believe he must adhere to our fundamental system of governance. If you have some time, take a read through or refresh yourself on the “Spirit of the Laws” by Charles-Louis de Secondat, Baron de La Brède et de Montesquieu in 1748.

In that simple treatise, Montesquieu presented the idea of the separation of powers, checks and balances, and coequal branches of government. These ideas were adopted by our Founding Fathers, more specifically, James Madison, as he wrote the Constitution of the United States and the Federalist Papers – which I believe President Obama, the self-proclaimed constitutional scholar, has never read.

Montesquieu said, “When the legislative and executive powers are united in the same person or in the same body of magistrates, there can be no liberty. The same monarch or senate would enact tyrannical laws and execute them in a tyrannical manner.”

In the worst case of all, the same person or body would control all three powers.

Montesquieu, a champion of individual dignity and liberty, raised his voice against the despotic rule of the Bourbon monarchy of Louis XIV who boasted, “I am the state.” Montesquieu knew well that “constant experience shows us that every man invested with power is apt to abuse it, and to carry his authority until he is confronted with limits.”

If no one accepts this mantle and casts down the gauntlet, the constitutional crisis we face will only be exacerbated. The cancer will further metastasize.

We are in the sixth year of Obama, and I predicted if we reelected this charlatan to a second term it would be the greatest Pavlovian experiment the world has ever known. America would reward the most abhorrent of behavior — and lo and behold, “yes we did.” America is in crisis. Who will be our Montesquieu? Who will stand in the arena as our Maximus?

Has the current regime put the federal government on a trajectory that poses such a severe danger to our rights that it is worth the work and risk that having the States call a Convention to Consider Amendments?

Buckwheat , yes time for Convention of states. These tyrants are mad.