The UAW's 4 Huge Blunders in Trying to Unionize VW

Editor’s note: Having written about the United Auto Workers’ attempt to unionize the South since 2010, unlike much of the media’s reports thus far, the following is an analysis (with input from Volkswagen employees themselves) of how—when everything was stacked to the UAW’s favor—the union blew its chances of winning the hearts and minds of the employees in an election at an employer that favored unionization. 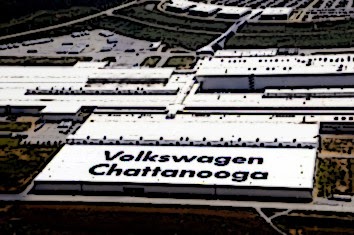 Having spent an estimated $5 million (or nearly $8,000 per vote) and two years’ worth of time, the United Auto Workers loss last Friday night at Volkswagen’s plant in Chattanooga, Tennessee has left UAW bosses (and its left-leaning allies in the media and academia) blaming everyone—from the Koch brothers to Grover Norquist’s Americans for Tax Reform and Tennessee Republicans—for the union’s defeat…blaming everyone but themselves.

What few, including the UAW, realize is that the union’s defeat in Chattanooga is more of a David vs. Goliath story and how Goliath (the UAW) handed David (the employees) the stones.

The fact is, the Detroit-based United Auto Workers targeted Volkswagen workers from the outside in, used a Trojan Horse to cajole Volkswagen management into entering what may be an unlawful agreement allowing the UAW to penetrate the Chattanooga plant, and got caught dealing behind workers’ backs–not once, but twice.

If UAW bosses really want to discover the reason for the union’s loss, they need look no further than their own mirror and the Volkswagen employees themselves.

While the United Auto Workers had been targeting Volkswagen’s employees for some time, last year, when VW—a company that has union representation on its board of directors—announced that it was considering its Chattanooga plant for expansion, German union official Stephan Wolf issued VW employees an ultimatum:

“We will only agree to an expansion of the site or any other model contract when it is clear how to proceed with the employees’ representatives in the United States.”

Following Wolf’s statement implying that the Chattanooga plant would not get the expansion without union representation, UAW President Bob King chose to use Wolf’s statement as part of his campaign platform.

“If I was a worker, if I was a member of the Chattanooga community, and I wanted to have the best chance of getting new investment and new product, I would want a voice on the world employee council,” King said. “I would want somebody there representing the interests of Chattanooga. I wouldn’t want a decision made where every other plant in the world has representation there, and I don’t have somebody speaking up for me.” [Emphasis added.]

Although Volkswagen and its German union later backtracked on the coercive statements, that didn’t occur until after VW employees filed unfair labor practice charges.

However, in VW’s zeal to distance itself from its union leader’s previously coercive statement, it went overboard in stating that the employees’ choice on representation would have no bearing on the decision to expand the plant.

If some employees felt that the earlier ultimatum required them to unionize to get the expansion, Volkswagen let them off the hook, essentially telling them it was “okay” to vote “no” to UAW representation.

Blunder #2: An Attempt At Unionization Without An Election

Several years ago, the UAW (along with the entire labor movement) had pinned its hopes of survival on enacting the Orwellian-named Employee Free Choice Act (EFCA)—a-bill that unionizes workers by effectively eliminating secret-ballot elections on unionization.

While the second component of EFCA (binding arbitration), if enacted, would eliminate employees’ right to vote on a contract did not garner as much media attention, binding employees into a contract did raise its ugly head and came back to bite the UAW in the week leading up to the election at Volkswagen.

However, at Volkswagen, as employees learned that the UAW might try to unionize them without an election, they rallied together and in two-weeks’ time, over 600 of them signed petitions that they did not want UAW representation.

Meanwhile, employees also accused the union of misleading them, which caused the UAW to voice concern that, if employees were given the ability to vote in a secret-ballot election, they might not vote to unionize.

Throughout the UAW’s campaign at Volkswagen, the union claimed that there were ‘outsiders’ and ‘special interests’ undermining the union’s ability to win a vote at Volkswagen.

Notwithstanding the UAW’s own reputation as a special interest as a result of the government bailouts of Chrysler and General Motors and the UAW’s favored status during the government-led bankruptcy proceedings and its reputation for helping to cause the downfall of Detroit, the allegation that opposition to the UAW only came from ‘outsiders’ never appeared to resonate with Volkswagen’s employees.

Indeed, while the UAW tried (and continues) to maintain its ‘ouside influence’ mantra, following the union’s attempt to unionize VW through card check, animosity toward the UAW from Volkswagen employees inside the plant began to build.

So much so that, on the eve of the NLRB election last week, anti-UAW employees who had become active through the employees’ NO2UAW.com website passed out an open letter to UAW President Bob King stating, “We’re not outsiders and we’re proudly voting ‘NO’ to the UAW.”

One of the biggest blunders the UAW bosses made was to negotiate a secret deal with Volkswagen behind VW employees’ backs that enabled the union to have a “quickie” (or “ambush”) election.

In addition to the company paying employees to listen to UAW official Gary Casteel, who would not take questions, the agreement gave an estimated 20 out-of-town UAW organizers adorned in black UAW shirts nearly unfettered access to employees in the plant, which made many employees react negatively.

“It feels like we’re on lock down,” several VW employees complained.

Equally damaging to the UAW’s cause was the agreement itself.

The 22-page document spelled out in significant detail how the UAW would delegate its duties as the employees’ ‘exclusive bargaining representative’ to a not-yet-formed Works Council, as well as indicated that the UAW and VW had already agreed to maintaining costs (e.g., wages) and allowing an arbitrator to determine what employees’ contract would be.

The NO2UAW employees highlighted the problems with the “secret sellout” in a press release.

While the UAW is out here preaching that they’ll be our voice,” stated Jarvis. “Bob King, Dennis Williams and Gary Casteel have already signed an agreement to take away our voice by having yet another outsider picked by the company and the union—not us—to make the final decision on us what our wages and benefits will be.”

In exchange for favorable negotiating terms on cost and no risk of a strike, Volkswagen gave the UAW almost carte blanche access to the plant and the employees.

The problem for the UAW is that its “commitment” to the type of Works Council envisioned by Volkswagen is that it is a Trojan Horse–which would likely end in a UAW-negotiated Works Council being deemed unlawful, leaving the VW employees with the UAW, but no Works Council.

Under Section 9[a] of the National Labor Relations Act, once a union is selected or elected by employees, it becomes the “exclusive representative” over all employees. The UAW, by law, cannot delegate its responsibilities to a third party.

Worse, that the company and the union would enter into an agreement to give the union a “thing of value” (employees’ time, access to the plant, and office space) may, as the Wall Street Journal notes, put the overall legality of the entire election agreement into question:

Volkswagen’s un-neutral “neutrality agreement” with the UAW is arguably a violation of Taft-Hartley’s prohibition on employers giving a “thing of value” to a union seeking to organize its employees. The Supreme Court last year dismissed as improvidently granted Mulhall v. Unite Here Local 355, which challenged the legality of such business-labor collusion. The Chattanooga campaign could provide the judiciary an opportunity to revisit the issue.

In the aftermath of the union’s defeat in Chattanooga, UAW officials are reportedly exploring their legal options in a potential bid to overturn the election and have a rerun election.

In the meantime, the press and so-called “experts” continue clamoring about the “outside influence” of politicians–namely, Senator Bob Corker and Governor Bill Haslam.

All of these seem to be missing the broader picture of the UAW’s mistakes—blunders really—with the VW employees themselves.

With all these blunders, it is little wonder as to why the UAW lost:

Now, in the aftermath, the UAW bosses are trying to assign blame for its loss on everyone but themselves.

As the UAW and other unions look to discover what went wrong in Chattanooga, they need look no further than the UAW.

The only question remaining question is: If the UAW does succeed in obtaining a second election, just how much wider the margins of defeat will be.

The UAW needs Volkswagen’s employees more than they need the UAW.

[Special thanks to the Volkswagen employees who provided input for this post.]

I love when Unions flush money down the toilet! More please!