The inane and dimwitted Ana Marie Cox is at it again. 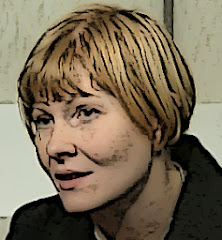 Yesterday's Guardian found her whining yet again about America's investors, entrepreneurs and job producers who have been tarred as the evil "one percent."

Specifically, Cox claims that our class system prevents those of modest means from progressing to the ranks of the super-rich.

Because the wealth of the super-rich is just so damn far away, without any rungs in the ladder between, no assistance for that leap of faith that allows those who struggle to hope their struggles can cease.

But, I digress. Consider today's headline from Bloomberg:

As I have pointed out countless times, the Forbes 400 (America's wealthiest individuals) list is populated with dozens upon dozens of self-made billionaires.

It's income mobility that makes America great, you progressive dimwit, not income equality.

It's too bad Cox is genetically impervious to facts, history, logic, and reason.

This crap makes me sick. I participate in the venture capital community of a city in the midwest. There are lots of wealthy who freely give their time and share their valuable experience to mentor and encourage entrepreneurs. One of my own portfolio companies is now being mentored by a just-retired C-level executive from a Fortune 50 company.

Liberalism is where you can create the reality you want. It appears that some people prefer a really shitty place to live, and they relish how shitty they like it.

That is not where I live, nor any of my VC-related associates.

She became famous because she likes guys going in her out door and now I'm supposed to take her seriously?

These people are like actors: nuts. A logical argument with these people is just as wasted on these people as it would with a chimpanze. Perhaps more: at least the chimpanzee has not sold its soul to the devil.

The answer: push these people aside like a broken down car and power past them. To waste any time indulging them or tolerating their insanity is -- insanity.