Apologies for the redacted profanity. 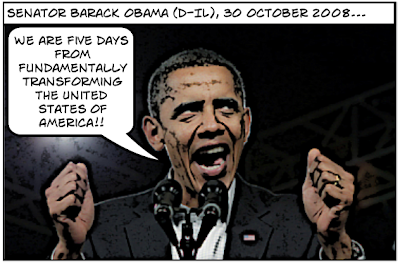 So I'm driving back from the gym today thinking about the state of the Union.

It ain't good. My stomach is in knots.

The country is polarized. It has been beaten and molded, frightened and cowed, herded into separate camps by something called the Democrat Party, which is less a political entity than it is an idolatrous religion.

The Democrat Party has a single, fanatical goal: the destruction of America.

Consider this: can you name a single Democrat politician who has expressed a positive vision for the future of the country?

In order to rile up African-Americans, the Democrat clerics have created a completely false narrative in Ferguson, Missouri. A street thug who had just robbed a convenience store brutally attacks a police officer and is shot dead for his trouble. Had the cop been black or the same race as the perp, the clerics would have moved on, ignoring the crime and anxiously waited for the next incident to exploit.

In order to frighten females, the Democrat clerisy constructed a fallacious marketing campaign called the "War on Women". This bizarre fiction asserts that some Americans seek to ban contraceptives. I've searched high and low for these alleged individuals and have yet to find a single one.

In order to mobilize Latinos, the Democrat clergy has conspired with foreign governments in Central America and their front groups like La Raza (which literally means "The Master Race") to import millions of unvetted individuals into the U.S., the vast majority of whom are illiterate, poverty-stricken, in poor health, with unknown criminal backgrounds and who will become dependent upon American taxpayers for their sustenance. The Democrat religionists also seek to legalize 20 to 40 million similar individuals who have already penetrated America's porous borders.

In order to galvanize those concerned about the environment, the Democrat priests invented first global cooling, then global warming, then climate change, and -- most recently -- climate disruption. By ensuring that grants and other funding vehicles go only to those who toe the government line, dissenting voices are mocked, suppressed, censored, and tarred as "deniers".

In order to exploit Muslims, Democrat extremists create terms like "Islamophobia", conflating sober and rational fears of Jihadist attacks -- which occur all over the world, leaving bloody trails of headless corpses and horrifically abused women -- with irrational intolerance.

And what are the goals of these tactics? In Ferguson, riots and violence. For women, anxiety. For Latinos, fear of "nativism". For environmentalists, government control of industry.

In each instance, the Democrat religious fanatics seek to pit one group of Americans against another -- not to advance society, but to incite hatred and animosity. Ultimately, Democrats are motivated by only one goal: power.

The Democrat Party, which only 50 years ago was represented by a tax-cutting advocate for a strong national defense named John F. Kennedy, has become a religion of hatred.

How ****ing stupid does a person have to be to vote for any Democrat in 2014 -- at any level of government?

Anyone who votes on Tuesday for any Democrat is supporting a group of religious fanatics whose vile and unswerving goal is nothing less than the destruction of this country.

Like I've said a hundred times. Most Americans can name the Kardashian sisters, but couldn't name their Congressman if their life depended on it.

The length governments will go to retain power is will sometime result in deaths of biblical proportion. I first heard of this in college taking a class for my geology minor. In 1902 the Progressive Party in Martinique was facing a really tough election and was afraid that momentum was against them and refused to evacuate the city and postpone the election even after being warned of an eminent eruption. They did everything the could to mis-inform and obfuscate the issue as the Volcano was wiping out small villages nearby. Finally the election was rendered moot as a pyroclastic flow shot out the mountain at 600 KM perhour and killed over 30,000 leaving only two alive. See this link: http://www.explorevolcanoes.com/Martinique-caribbean-volcano.html. The Democrat Party will have no qualms of letting history repeat itself either with Ebola or Radical/Moderate Islam. And sheeple will have no one but themselves to blame.

Had a convo with a (recent/12 yr) vet, yesteday (he currently employed/retail mgmt). When I mentioned the VA, and the medical care (scratch/murder), of Sandi Niccum.

He turned tail, and ran (figuratively).

"How bout that weather?"

That's the courageous shite, that dribbled out his mouth.

He weren't interested. Could have cared less. Then again, he still had his youth. He's gunna live forever.

The Banality of Evil

"Apologies for the redacted profanity."

Liberalism is a cult. These morons will say they are loyal "democrats,' but have no idea what democrats stand for.

In the alternative, they vote like they are supporting a baseball team. Try telling one of them elections are not a sport. You try.

The answer is to marginalize them by being louder and stronger.

On the other hand, liberals must think WE are morons for tolerating Squeaker John Boehner and that idiot GOP chairman, Rince Prebus. You know -- they're right!