When Barack Obama tells the American people that he has "a pen and a phone" and that he intends to use them to unilaterally rewrite federal statute, he's advocating dictatorship.

There is no greater predicate for governmental evil and tyranny than when legislative and executive powers are combined. As Georgetown professor Jonathan Turley wrote earlier this year:

James Madison fashioned a government of three bodies locked in a synchronous orbit by their countervailing powers. The system of separation of powers was not created to protect the authority of each branch for its own sake. Rather, it is the primary protection of individual rights because it prevents the concentration of power in any one branch. In this sense, Obama is not simply posing a danger to the constitutional system; he has become the very danger that separation of powers was designed to avoid.

Which brings me to Facebook founder Mark Zuckerberg, a man who is actively attempting to destroy America's system of government. 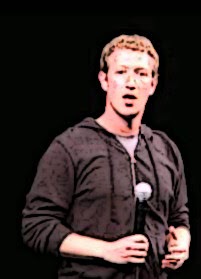 
Though FWD.us declares that its mission is "to advocate for policies that will make the American dream achievable in the 21st century economy," its main focus is immigration reform, which it describes as necessary both for economy growth and to "live up to our American ideals." The group includes tech heavyweights such as Microsoft's Steve Ballmer and Bill Gates; Google's Eric Schmidt; and former Napster founder Sean Parker.

Materials distributed at Tuesday's gathering, one in a series of monthly meetings, called for "[e]ncouraging the President to take meaningful executive action, both for undocumented immigrants and talented tech workers in need of visas." The FWD.us organizers refer to such executive action as "administrative relief," rather than "executive amnesty," the term favored by opponents of the president's anticipated unilateral effort.

Details about the president's proposed actions have leaked in recent weeks, and Republicans have called upon President Obama to reveal his plans before, rather than after, Election Day. The tech community appears to have accepted a Republican victory on Nov. 4 as a given, and is pressing ahead with efforts to shape public opinion in support of the president, regardless of constitutional problems or policy questions that may arise.

The activists of FWD.us explicitly model their campaign on the effort to secure gay marriage. "Take the movement for marriage equality," materials distributed at the event said. "It's hard to oppose marriage for gay couples when you know the stories of your LGBTQ [lesbian, gay, bisexual, transgendered, queer] friends, family, and coworkers."

Accordingly, FWD.us is seeking to compile stories and videos of immigrants or illegal aliens talking about their respective predicaments: "With stories, we can push the needle of public opinion."

What else is new?
Aristocrats love aristocracy ... UNTIL, that is, one aristocrat gets the upper hand on the rest.
The good news is that aristocracy is the least stable form of government. The bad news is that it naturally devolves into autocracy/despotism, and never into a democracy/republic.

It never ceases to amaze me that the very system that allowed the rich to become rich is now opposed by those that made it to the affluent class. Under any other system of government there would be no Bill Gates...a Bill Clinton maybe, but never a Mark Zuckerberg. The repressive laws and institutions would keep many from escaping the bonds of poverty...sort of what's happening to the rest of us as we speak!

When the folks like Zuckerberg, Gates, Allen, Bloomberg, and the rest of that bunch begin to interfere with Government and our just laws then it's time to tell them they are not welcome in their respective States. Or, send them packing to be educated by the realities of countries like N. Korea, Russia, China, or Cuba. Let them start from scratch there.

It just goes to show you that you can be a near-genius in one thing, but a near-moron in another.