OBAMA IS NOT DELUSIONAL: He is ideologically and resolutely anti-American

Barack Hussein Obama is fond of telling Americans, "that's not who we are," when admonishing us about not agreeing with his policies.

It is Obama and his fellow travelers, who are, in fact, "not who we are."

It is why many mistakenly describe his views as being delusional, basing their conclusion on what mainstream America believes, not on Obama's Islamo-Marxist proclivities. 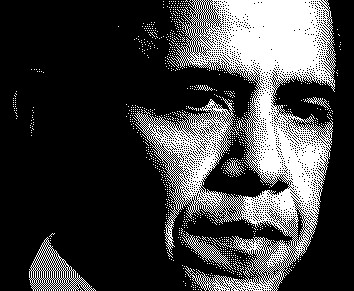 Like earlier Nazi and communist propagandists, Obama and his fellow travelers traffic in myths, half-truths and, when necessary, blatant lies. In an Islamic context, it can easily take on the form of taqiyya and tawriya; Islamic doctrines that instruct Muslims to deceive when it is perceived to be in Islam's interest.

Obama and his fellow travelers intentionally excuse Islamic terrorism by invoking the mantra of moral equivalence; the "we are just as bad or worse as they" argument, by framing it as an unhappy consequence of "Western misdeeds and faults." It is a form of pathological self-criticism adopted by self-absorbed and morally self-flagellating liberals, but cynically and skillfully used by America's enemies to undermine our will to resist the onslaught of radical Islam.

Unlike homicides due to insanity or criminal activity, Islamic terrorism has a unique goal; to demoralize and undermine the target societies to prepare the way for the global caliphate and the imposition of Sharia.

Stated simply, Obama and his fellow travelers dissemble and lie because their true objective, their so-called fundamental transformation, is the permanent decline of the United States as a world power and the dismantling of the country as a capitalist republic based on Judeo-Christian democratic principles.

Because the goal is ideological and totalitarian, the Machiavellian dictum of "the ends justify the means" is their operational approach, where statements not bounded by facts, logic or even common sense are not delusional, but practical, if they result in the desired outcome.

To Obama and his fellow travelers, they are not lies or delusions. It is acceptable to use bad or immoral methods as long as you accomplish something "good" by using them. In other words, in order to achieve what you consider as an important aim, it is acceptable to do something bad. Morally "right" consequences often necessitate morally wrong actions and what is considered "right" or "wrong" is determined by whatever supports their Islamo-Marxist agenda.

It does matter if we accept the outcome Obama seeks through his Islamo-Marxist policies. Even passively excusing his utterances as delusional serves his purpose, because Obama and his fellow travelers take their visions and hallucinations seriously; that American society needs to reach that state of hopelessness and chaos as the necessary prerequisite for Obama's fundamental transformation to become permanent.

In Mountain of Crumbs, a memoir of childhood in the 1960s and 1970s propaganda-soaked Soviet Union, Elena Gorokhova explains the meaning of "vranyo", the Russian word for a lie or half-truth:

During the Soviet era, "vranyo" became the de facto way of life, an instrument of governmental coercion as well as a coping mechanism to endure both unbearable calamities and trivial annoyances of life in a totalitarian state.

In America today, "vranyo" is political correctness and radical Islam is a lethal threat rather than a trivial annoyance.

What is the nature of a religion, where the more "devout" you become, the more you want to kill people?

Make no mistake. Obama and his fellow travelers intend to soothe us into complacency and continue to pursue policies that will ultimately make us more vulnerable.

And that is no delusion.

I think tonight we will see clear signs that Obama is cracking under the pressure ValJar and he are fomenting. Stoned eyes, an abundance of uh, uh, uhs, and many references to I, Me, My, Mine, and Myself will be his escape mechanisms, but the dude is coming apart. It's what happens to people who make and love lies.

I wonder if he was radicalized?

He was radicalized at birth.