Sarah Hussein Obama of Kenya, Barack Obama’s stepgrandmother, is a lifelong Muslim. “I am a strong believer of the Islamic faith,” she says. 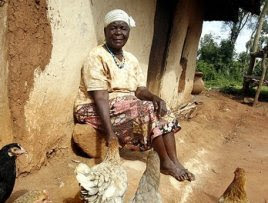 So noted an April 2007 New York Times profile of Barack Obama. Kenya is in the news again and, like much of Africa, the reports are horrifying.

This past weekend, women and children -- entire families -- were burned alive as a crowd of Kenyans torched a church where they had gathered to protect themselves.

The violence broke out after a disputed election in which populist challenger Raila Odinga was defeated. Odinga had even hired Dick Morris as a consultant. Jack Wheeler writes:

When Raila Odinga lost the presidential election last week (12/27) to Mwai Kibaki, he claimed the vote was rigged, whereupon his tribal followers went on murderous rampages such as in the town of Eldoret, where on New Years Day dozens of people were burned to death in a church set on fire... Throughout Kenya, hundreds of people have been politically murdered in the last few days.

...Raila has now made a deal for support from the Soviets' successors as world-champion enemies of the West and democratic freedoms: Muslim fundamentalists... The Evangelical Alliance of Kenya has posted on its website a photograph copy of a Memorandum of Understanding, dated and signed on August 29, 2007, between Raila Odinga and Shiekh Abdullah Abdi, chairman of the National Muslim Leaders Forum of Kenya... 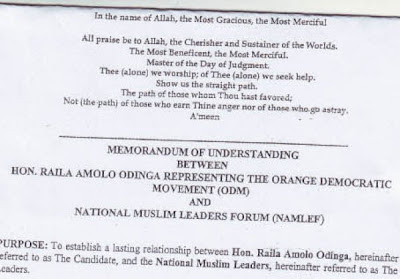 It pledges the support of Kenyan Moslems for Raila's election. In return, as President of Kenya, Raila agrees to 14 actions, listed a) through n) on page two. Read them all, and be sure you're sitting down. Here's a sample:

b) Within 6 months re-write the Constitution of Kenya to recognize Shariah as the only true law sanctioned by the Holy Quran for Muslim declared regions.

g) Within one year facilitate the establishment of a Shariah court in every Kenyan divisional headquarters. [Note: everywhere in Kenya, not just in "Muslim declared regions."] 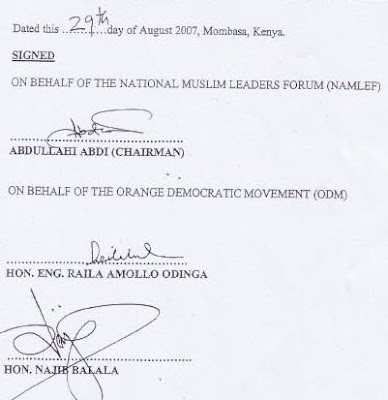 ...And here is the biggest non-surprise: Raila Odinga has, in his own words, a "close personal friendship" with Barrack Hussein Obama Junior. When Obama went to Kenya in August of 2006, he was hosted by Raila and spoke in praise of him at rallies in Nairobi... Obama’s bias for his fellow Luo was so blatant that a Kenya government spokesman denounced Obama during his visit as Raila’s “stooge.” 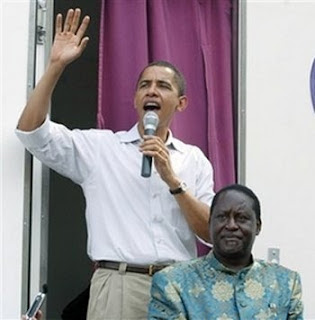 It gets worse. If you read through the agreement that Obama's friend signed with the National Muslim Leaders Forum, you'll find that Kenya is destined to turn into an African version of Talibanistan.

* "Popularize Islam, the only true religion... by ordering every primary school in Kenya in the regions to conduct daily Madrassa classes."
* "Impose a total ban on open-air gospel crusades by worshippers of the cross..."
* "Outlaw gospel programs... on KBC, the National Broadcaster."
* "Impose a total ban on the public consumption of alcoholic beverages..."
* "Impose an immediate ban on women's public dressing styles that are considered immoral and offensive to the Muslim faith..."

Obama's friend, in other words, is setting the stage for a transformation of Kenya into a Muslim state, similar to that which governed Afghanistan during the days of the Taliban.

Note that the mainstream media hasn't reported a single word regarding the true nature of Kenya's unrest -- nor Obama's involvement with Odinga and the onset of a Taliban-style Sharia law in Kenya.