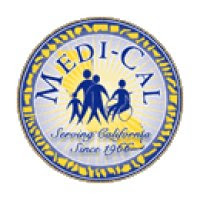 A federal appeals court barred California on Wednesday from lowering Medi-Cal payments to doctors and hospitals by 5 percent and from cutting in-home care workers' wages by nearly 20 percent, saying the state's budget crisis doesn't justify violating federal laws that protect the poor and disabled. In four rulings, the Ninth U.S. Circuit Court of Appeals in San Francisco rejected attempts by Gov. Arnold Schwarzenegger and the Legislature to reduce the state's deficit by paying less to the health professionals who treat 6.6 million low-income Californians, and to hundreds of thousands of workers who care for some of the neediest.

Medicaid is bankrupting the states. Medicare is underfunded by tens of trillions of dollars while hemorrhaging a hundred billion each year in fraud. And Social Security is running in the red this year, a decade earlier than Democrats predicted.

And the far left, union-controlled, Democrat Party continues on its death march to nationalize one-sixth of the economy.

So how's that progressive movement working out?

Not so great for we, the people.