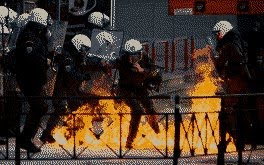 President Obama's policies would add more than $9.7 trillion to the national debt over the next decade, congressional budget analysts said Friday, including more than $2 trillion that Obama proposes to devote to extending a variety of tax cuts enacted during the Bush administration.

The 10-year outlook by the nonpartisan Congressional Budget Office is somewhat gloomier than White House projections, which found that Obama's policies would add $8.5 trillion to the debt by 2020.

For those of you Democrats keeping score, that's roughly fifteen Iraq and Afghanistan Wars.

The deficit picture has turned alarmingly worse since the recession that started at the end of 2007, never dipping below 4 percent of the size of the economy over the next decade. Economists say that deficits of that size are unsustainable and could put upward pressure on interest rates, crowd out private investment in the economy and ultimately erode the nation's standard of living. 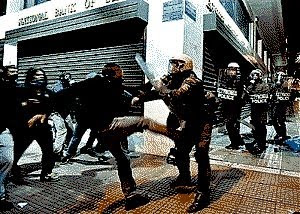 Come to think of it, I really like waiting in line at the DMV. They gave me a coloring book and everything! So, if I need a kidney, I can entertain myself while I wait.


Hat tip: Drudge. Linked by: Michelle Malkin and Memeorandum. Thanks!