Commercial Real Estate Continues Tanking, But Economic Effects Are Offset By Residential Real Estate, Which Is Crashing Even Faster

Realpoint's latest report on commercial real estate is a doozy (PDF). You couldn't get a more sobering readout with a shower and a quart of hot coffee. 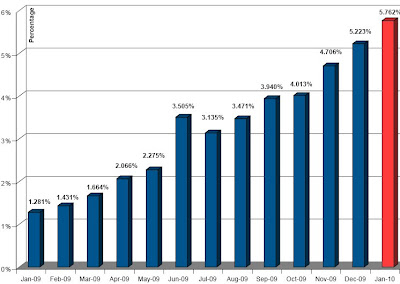 Overall, the total unpaid balance... for the January 2010 remittance was $797.3 billion... Both the delinquent unpaid balance and delinquency percentage over the trailing twelve months are... clearly trending upward. The total balance of loans in Foreclosure and REO increased for the 27th straight month to $9.64 billion in January 2010 from $9.34 billion in December 2009 and $8.78 billion in November, despite ongoing liquidation activity. The chart [above] also shows the rapid growth of loans reflecting 90-day delinquency in the past 12 months, transitioning swiftly from 30-day defaults into more distressed levels on a monthly basis in 2009, thus supporting our use of such as an early indicator of workouts to come for 2010. Here's the graph of home prices in Phoenix, Arizona. Gee, that home-buyer tax credit didn't really work, but at least he was historic, right, Melvin? 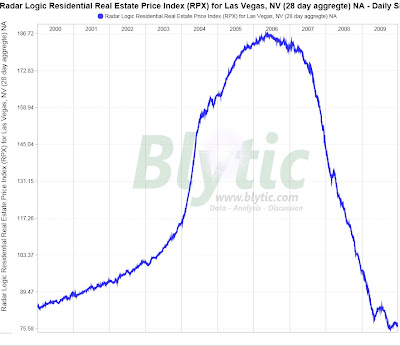 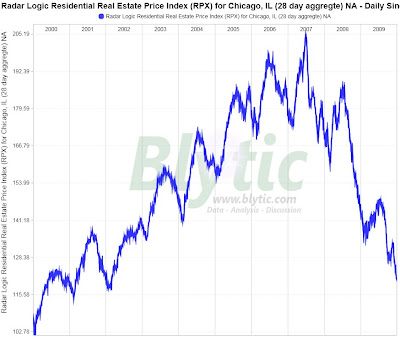 Gun-free Chicago -- my kind of town. Except for the hundreds of murders each year, thanks to the insane policies of Mayor Daley and the rest of the Democrat machine. 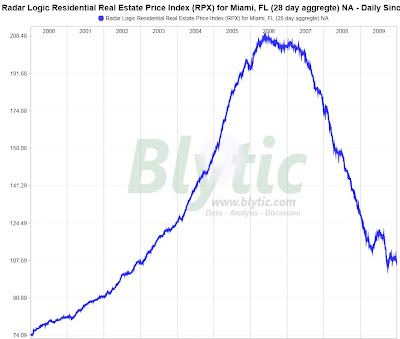 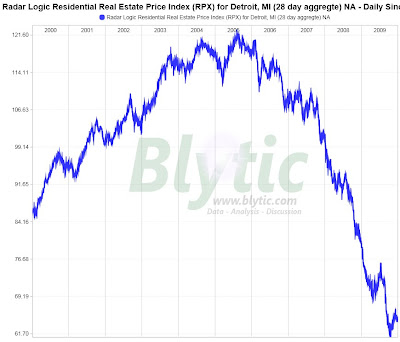 At least the masterful leadership in its city and surrounding counties -- as well as ultra-careful land use policies -- saved Atlanta from... oops.

Thankfully, the Obama administration has created or saved over ninety million green collar jobs. Secretary of the Treasury Tim Geithner's behavior has been beyond reproach. And the American Recovery and Reinvestment Act has brought much-needed tax relief for small businesses and 95 percent of all working families.

Thank heavens for President Obama and his crack staff of economic advisers who have brought so much real world experience to their current roles. If it weren't for them, I'm not sure what kind of shape this country would be in.

"Commercial Real Estate Continues Tanking, But Economic Effects Are Offset By Residential Real Estate, Which Is Crashing Even Faster" You are right Doug. Realtor Flyers