Item 1: "The federal government racked up its largest monthly deficit in history in February – a record $220.9 billion in red ink, according to... the U.S. Treasury Department." 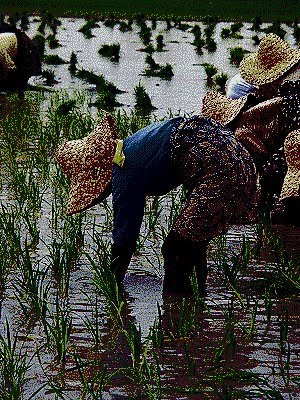 Item 2: "...in his budget address, [Illinois] Governor Pat Quinn will unveil how he plans to make up a huge shortfall [of] $13 billion... The state of Illinois meets the classic definition of insolvency. That is, it is unable to pay its bills as they come due... Budget observers also expect him to push for some kind of tax increase... And they're watching to see what, if any reforms, he comes up with to fix the state's broken public pension system. It's now more than $60 billion in the red."

Item 3: "California is facing a political and financial crisis of epic proportions... Rumors of default are gaining momentum and the continued ineffectiveness of the elected class in Sacramento has done nothing to allay the concerns of investors... There are bonds in California that will exhibit the challenge of debt service and wherein bankruptcy will be a real option."

Item 4: "New York state governor David Paterson has said the state is on the verge of a depression... The state is currently considering a raft of drastic measures to narrow its ballooning $9.2bn budget deficit... The governor admitted [that the state is considering] enforced, unpaid holidays for state workers and issuing IOU's for payments."

The modern Democrat Party is little more than a slightly evolved pack of locusts, moving from one state to another, destroying everything they touch. By 2020, the U.S. debt -- even without socialized medicine -- will exceed $20 trillion. This means the annual interest payments will hit nearly $1 trillion, or about one-third of the entire U.S. budget.

The President and his Democrat sycophants in Congress are literally eradicating the economic fabric of the United States. All we've worked for. What our parents and grandparents fought to defend. It doesn't matter what industry you work in -- coal, gas, electric, insurance, finance, pharma, telecommunications, health care -- it doesn't matter whether you're in a union or not -- the Democrats are targeting your jobs. They've said so: they relentlessly condemn the very profits that pay your salaries. Because they despise free enterprise and individual liberty. They want control; and your business stands in the way of their bureaucrats taking the reins. Orchestrating the economy, doling out favors, punishing enemies, rewarding friends and stealing more and more of your private property in the form of extra-constitutional taxes. They want Chicago-style Democracy, only across the entire United States.

It's happening right before our eyes.