Having destroyed the two-parent family in the inner city, Democrats have now set their sights on undermining the basic family unit in the military as well. 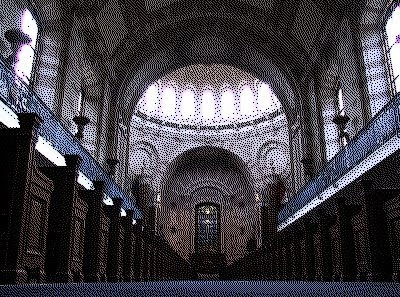 Anticipating the elimination of the military ban on homosexuality, the Office of the Chief of Navy Chaplains has decided that same-sex couples in the Navy will be able to get married in Navy chapels, and that Navy chaplains will be allowed to perform the ceremonies -- if homosexual marriage is legal in the state where the unions are to be performed.

The advisory came in the form of an April 13 memo issued to all chaplains, in which the Chief of Navy Chaplains, Admiral Michael Tidd, said the Chaplain Corps was revising its Tier I training manuals, which had previously indicated that same-sex marriages are not authorized on federal property.

Instead, Tidd called for chaplains to comply with service-wide efforts underway to be more accepting of homosexuality and same-sex marriage as the end of the military policy on homosexuality nears.

Citing "additional legal review" by Navy attorneys, the admiral said the Navy "has concluded that, generally speaking, base facility use is sexual orientation neutral... If the base is located in a state where same-sex marriage is legal, then the base facilities may be used to celebrate the marriage..."

The admiral’s memo also gives chaplains permission to "marry" homosexual couples – but would not force them to perform ceremonies.

...Rep. Todd Akin (R-Mo.), a member of the House Armed Services Committee, is concerned that, in its haste to “hustle-in homosexuality,” the Navy may be violating federal law – the Defense of Marriage Act... “Offering up federal facilities and federal employees for same-sex marriage violates DOMA, which is still the law of the land and is bound to the duties of our military, including chaplains,” Steve Taylor, communications director for Akin, told CNSNews.com.

Like most conservatives, I could care less what kind of relationships people engage in. That's their business. But keep the military out of it.

The military is about protecting America: it's not about gay rights, nor about affirmative action, nor about gender equality.

This kind of idiocy will -- guaran-damn-teed -- get people killed.

Oh, that is right, he is a Democratic Partisan - a liar.

They always reveal a rather complete ignorance of everything as well.

Now they cheer Obama as a 'cowboy'!

You cannot make this garbage up. Hillary Clinton is busy dodging sniper fire, and the likes of those working on the "Daily Show" are busy trying to make everyone believe the lies are reality.