I think this officially qualifies as poking a metaphorical finger in Microsoft's eye.

...A couple months after Easter itself came and went, the Easter egg Google shipped with its Chrome OS prototype laptops has finally been discovered. 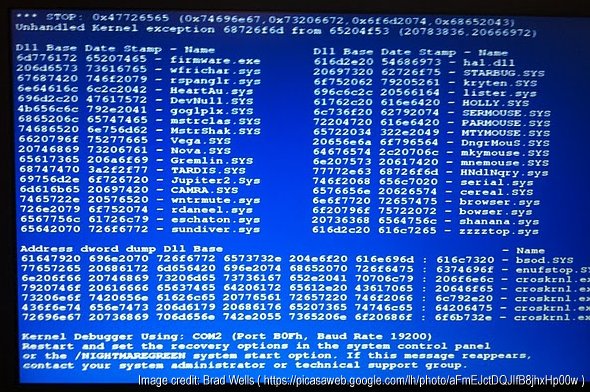 Brad Wells found the Easter egg. Aided by a little Google searching, found out how to activate a fake blue screen of death--one of the "legacy" leftovers from the PC era Google hopes to banish with its browser-based operating system. Then, with an ASCII code converter, he found a parody of the legalese that causes me a lot more heartburn these days than BSODs...

Truth be told, it will be a long, long time before Windows PCs are supplanted by Chrome OS or anything else. There's so much legacy software out there -- especially in companies -- that Microsoft's desktop OS will have a truly long tail.

Yep, it will be a LOOONG time before Windows disappears.