Gunwalker, Dealergate, Rezko's real estate, Solyndra... the list of outrageous presidential activities continues to expand, any single one of which would have resulted in the impeachment trial of a Republican. Bruce Krasting does the yeoman's work that legacy media refuses to perform in the must-read "Solyndra - The Obama connection." 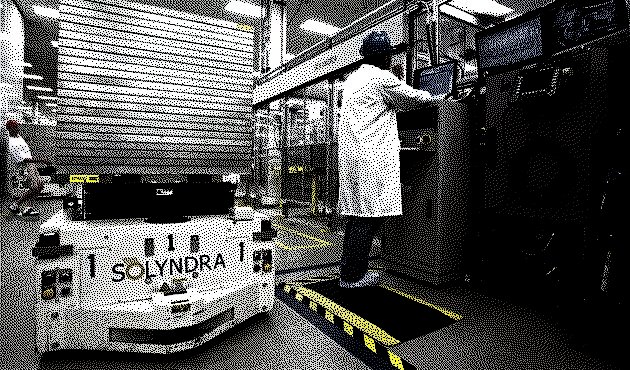 The backdrop: George Kaiser -- a billionaire fundraiser for Barack Obama -- was involved with Solyndra prior to its bankruptcy. You may recall that President Obama visited Solyndra one short year ago after it received a $535 million loan from the American taxpayer. And now, the American taxpayer is going to get a royal screwing without so much as the courtesy of dinner and roses.

The Tulsa World filed a story Re the Kaiser connection earlier today. (What better place to get the news than a home town paper). Quotes from the TW article:

Okay, so who is behind Argonaut Ventures?

In an emailed statement to the Tulsa World, a representative of the George Kaiser Family Foundation said the organization made the investment through Argonaut.

So the family foundation was the source of the money that got Solyndra going. But George Kaiser tried to distance himself from this very ugly story. A quote from a Kaiser “spokesperson”:

"George Kaiser is not an investor in Solyndra and did not participate in any discussions with the U.S. government regarding the loan".

Interesting that Kaiser is doing his level best to distance himself from the stink. But it does not work for me:

George Kaiser is chairman of BOK Financial Corp. and owner of Kaiser-Francis Oil Co. Argonaut is headed by Steve Mitchell, who also served on Solyndra's board of directors.

So Kaiser wants us to believe that the Family Foundation he runs invested some $300mm of the families “excess cash” and he did not really know about it. The guy who is running the family’s investments (Steve Mitchell) is also sitting on the board at Solyndra. And we are supposed to believe that George Kaiser was just a passive investor? Not a chance.

We have Mr. Kaiser on the record on this. Again, his words:

“George Kaiser did not participate in any discussions with the U.S. government regarding the loan".

He never spoke to Obama about this? Not even once? Not even when Obama went (twice) to the company’s manufacturing offices in Pa and CA? I don’t believe that denial.

...In February, Solyndra and its lenders reorganized the company’s debts, putting the U.S. loan behind $69.3 million owed to other lenders, including an affiliate of Solyndra’s biggest shareholder, Argonaut Ventures. 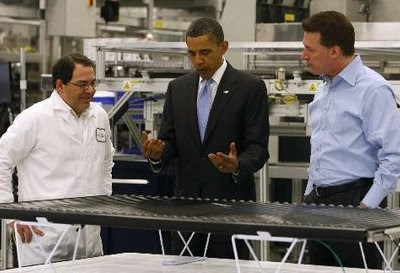 ...There are employee claims that come first. Next in line come trade creditors. Then comes the senior unsecured debt owed to Argonaut. The lawyers (There are a ton of big shots already involved) will get their pound of flesh. That leaves next to nothing for Uncle Sam. The taxpayers are going to take it in the ear for $400-500 million.

This story will hound Obama. His campaign got big bucks from a guy who ended up costing the Feds a very big penny. This is a story that could drag Obama down. He either has to step up and explain how this could have happened or he can say nothing. He has to provide some clarity on the George Kaiser connection. If he chooses to keep mum on this mess he will have to face Congressional hearings for the next 18 months. There will be a story in the paper every week or so. The Republicans will see to it. This is a story that could turn an election.

We need (yet another) investigation.

Yes, a wire transfer from your personal account will suffice.

To say taxpayers got nothing out of this deal is a stretch. The benefit is obvious and even you use that benefit in the article.
We have some great pictures of the President, looking Presidential, as he tours the plant with his Presidential entourage. These photos are a bargain at twice the price. We need more.