President Barack Obama's promise Thursday that everything in his jobs plan will be paid for rests on highly iffy propositions... the plan he presented was conventional Washington rhetoric... It employs sleight-of-hand accounting.

OBAMA: "Everything in this bill will be paid for. Everything."

THE FACTS: Obama did not spell out exactly how he would pay for the measures... White House aides suggested that new deficit spending in the near-term to try to promote job creation would be paid for in the future... 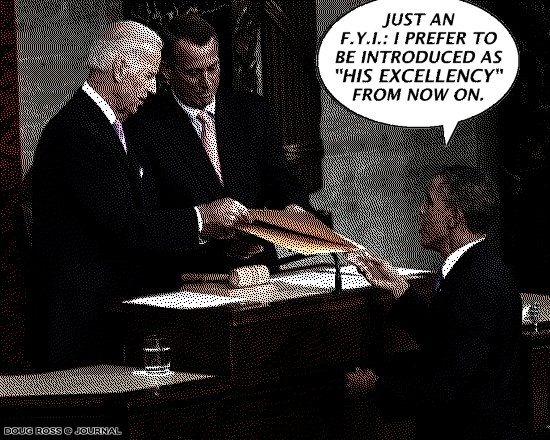 OBAMA: "Everything in here is the kind of proposal that's been supported by both Democrats and Republicans, including many who sit here tonight."

THE FACTS: ...But Obama proposes paying for the plan in part with tax increases that have already generated stiff Republican opposition...

OBAMA: "It will not add to the deficit."

THE FACTS: It's hard to see how the program would not raise the deficit...

THE FACTS: Not all of the president's major proposals are likely to yield quick job growth if adopted...

David Axelrod and the rest of the propagandists calling plays in the White House press room have to be concerned; even the Associated Press -- little more than Pravda to the White House's Politburo -- can't carry water for the President's headlong, Cloward-Piven-eque rush to the fiscal abyss any longer.