I truly believe that the American people -- all races, all creeds, all colors, all religions, all income levels -- are marshaling together to try to save this Republic in November -- first and foremost, by rejecting the Cloward-Piven Democrat Party. Consider the following data points, all collected over the last 24 hours: 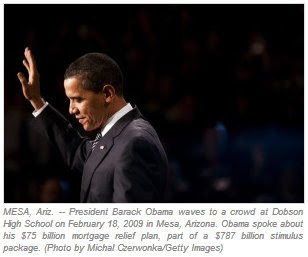 ...Given Obama’s troubles raising cash and Mitt Romney’s distinct campaign dollar advantage, you do not suddenly open up twice as many field offices in a state in which you’re polling ten points ahead, unless you are seeing something troubling going on.

There’s also the added advantage of the stress it places on Obama’s campaign purse. He can’t re-distribute tax dollars to pay for extra field offices he didn’t anticipate needing in the first place.

Carville and Greenberg have just released a new poll, and it’s devastating for Obama. Among independents — the precious, eagerly sought, oh-God-everybody-loves-them independents — Romney leads Obama (this is a poll this week) by 15 points, 53 to 38 in independents. This is remarkable. This is a Stan Greenberg and James Carville poll. “Independents disapprove of Obama’s job performance 56 to 40%. And when looking at intensity, disapproval is greater than two to one, 47 to 20%.”

During August, 37.6% of Americans considered themselves Republicans. That’s up from 34.9% in July and 35.4% in June. It’s also the largest number of Republicans ever recorded by Rasmussen Report since monthly tracking began in November 2002. The previous peak for the GOP was 37.3% in September 2004.

The Lexington economic forecasting firm takes two economic indicators plus three political variables, plugs them into a formula, and out pops the percentage of the popular vote the incumbent party is expected to win. The formula has correctly predicted the outcome in 14 of the last 16 presidential elections...

...The most recent update of the formula, using July economic data, shows President Obama losing decisively, with just over 45 percent of the popular vote.

• Scaled-Back DNC Due To Fundraising Shortfalls

At first pass, a shorter convention might not seem like a big deal. While convention organizers say it helps to open the convention to the people, even if only for another day, others see the curtailment as a potential red flag of fundraising woes.

The original plan started with a typical Monday opening and included four days of convention business -- just as Democrats have done for years... But in January, organizers announced they were scaling it back.

Finally, I'm even seeing signs of conservatism emerging at The New York Times. No, not by the editors and reporters. But if the comments at the Times are any indication, Barack Jarrett Obama is in deep, deep trouble.

I refer, of course, to the New York Times' stunning expose of Barack Obama's puppeteer, a classic, inept Chicago political apparatchik named Valerie Jarrett. Some of the highlighted comments include:

Can we take this country back and return it to its Constitutional roots? I believe we can. Take nothing for granted, however, because the time to save this Republic grows short.

Re: New Mexico...Received an email from Daily Kos saying that the Republicans are pulling all cash from New Mexico and that's why they're ramping up their message.

I still don't get it. Why increase your investment in a state ... if it's a lock?

Appears to me the takers out number the makers and we are going to have to take this country back the "old fashioned way" or not at all.

Every indicator is that Rmoney is going down hard. Just tonight, his campaign leaked info about internal battles over Ryan's propensity to lie all the time. In other words, they are preparing to throw him under the bus and blame him for the loss. McCain didn't throw Palin under the bus until October.

You got the tidal wave part correct. However it will be Romney treading water trying to keep his head above water.

So far all the angles have been covered by the press, nothing new coming out. Too few changeable minds to get Romney on top. Besides the Romney campaign has shown itself to be way too incompetent to exploit any sort of opportunity that might present itself.

Do yourselves a favor and at least get some money down on President Obama at Intrade and salvage something from the wreckage of your shattered dreams.

Yeah, while I am not on board Romney's bus, I still think he would be better. I don't think anyone can save from the economic crash, but they can put the plane in a nose-up position and choose a better place to try to land more "softly". It's still going to hurt.

The thing is, as of as early as Romney beating out the competition I saw a landslide forming. As much as three to five months ago I began forecasting a Romney landslide that would make Reagan's seem slim in comparison. I sort of wavered when I reviewed, at it was a seven point landslide but... I become more convinced as time goes on that I am correct. And... it will follow right down to local elections (if two a lot of dirtbagger Dems are switching parties to try to keep their filthy hands on power). Bah!

Doug, you are really good at these sorts of compilations. I link to 'em frequently from my comment hole over at TheRightScoop.

Also, you are attracting some really hilarious commenters here with your article. Heads are already beginning to explode.

Doug, number one I agree with you that a tidal wave is coming, but number two, your article is showing prominently at Memeorandum but the link is malfunctioning. At least it is for me. It took me to the article for one second, then took me somewhere else that offered newer and older posts. Too bad, you've made a good point with it.

So, is winning all that matters to Republicans? Does the dishonest campaign run by Romney matter not? Or the empty policy proposals with numbers that never seem to add up?
It is sad that one of our great political parties has abandoned it's grasp of reality and responsibility. We need real solutions to real problems, not fairy dust.

Can you as an individual spent 40% more than you make indefinitely?

Democrats' refusal to pass a budget with this kind of catastrophic budget deficit is an outrage to every American.

"It is sad that one of our great political parties..."

OK, Concern-troll, tell us what you think is a lie, and which numbers don't add up.

Or are you so "concerned" that you have no time to set us right, due to your uncontrolled weeping into your pillow all day?

Nate Silver increased his odds that Obama will win Re election. Want to see a Tea Tard's head explode.

Explain (slowly) to them that Obama will have the chance to nominate 1-3 Justices to the Supreme court.