From the party that brought you Fannie Mae, Freddie Mac, Social Security, Medicare, "Great Society" and every other bankrupt exercise in central planning, comes the ultimate in epic fails 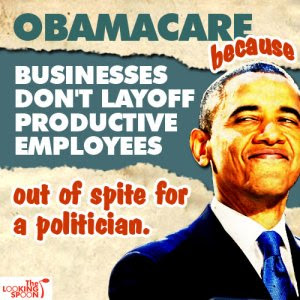 ...I conducted an informal survey of a number of insurers... On average, expect a 30% to 40% increase in the baseline cost of individual health insurance to account for the new premium taxes, reinsurance costs, benefit mandate increases, and underwriting reforms...

In states with the least mandates or for health insurance companies with the tightest underwriting now, the increase could be a lot more...

Will the feds be ready to provide an insurance exchange in all of the states that don’t have one on October 1, 2013?

I have no idea. And neither does anyone else I talk to inside the Beltway. We only hear vague reports that parts of the new federal exchange information systems are in testing.

The former CIA director couldn’t get away with an affair in this town but the Obama administration has a complete lid on just where they are on health insurance exchanges and haven’t shown any willingness to want to talk about their progress toward launching on time––except to tell us all not to worry.

We are all worried. I would not want to be responsible for the work that remains and only have ten months to do it…

The Republicans said this would not work. If it does not launch on time, or does with serious problems, I would not want to be an incumbent Democrat.

I told them not to call this the “Affordable Care Act.”

I can't wait for these losers to try and blame this SCOAMF on Bush.

Oh, and let's come up with a more appropriate name for the Democrat Party:

Help me out here, folks.

Why all the name attempts?
It is The Socialist Party and everyone now Knows it.....Time to play cowboys and commies!

Anonymous says: The Dem.Party announced that it's changing its symbol from the donkey to the condom because it more accurately reflects the party's stance in that it allows for inflation, halts production, destroys the next generation, protects a bunch of dicks and gives one a sense of security while while being screwed. Dimbulbcrats all.

How about just calling it what it is? The Communist Party.

My name already been suggested - the Communist Party.

What initially occurred to me was something along the lines of Demented Ratz, but the suggestion of Commies, in any guise, has a ring of truth.

I am not a robot.