And people wonder why the American auto industry required tens of billions in bailouts (most of which will never be repaid)? 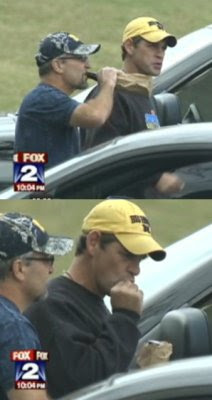 In 2010, the American automobile manufacturer Chrysler released several of its employes for negligent behavior after they were caught on camera drinking and possibly smoking marijuana during their lunch break. After many months of a union-backed arbitration process, however, Chrysler was forced to rehire the workers.

“While [Chrysler] does not agree with the ultimate decision of the arbitrator, we respect the grievance procedure process as outlined in the collective bargaining agreement and our relationship with the UAW,” a statement released by the automaker read.

Unfortunately, the company was put in a very difficult position because of the way the story was investigated and ultimately revealed to the public. These employees from Jefferson North have been off work for more than two years. The time has come to put this situation behind us and resume our focus on building quality products that will firmly establish Chrysler Group’s position in the marketplace.

The scandal was uncovered by a Detroit-based Fox affiliate in September, 2010.

At Chrysler, quality is, like, job -- dude! You hungry?

I no longer recognize my country. Bad is now acceptable and preferred while good is evil. God please bless America again.

This is why I haven't bought a union made car since the 80's. I'll keep buying Just As Made in America Toyota trucks.