Unlike the statists who defy, ignore and rewrite the Constitution for purpose of evasion -- as they push their big government rules and regulations -- I propose that we, the people, take a closer look at the Constitution itself for our preservation. The Constitution provides the means for restoring self-government and averting societal catastrophe. Or, in the case of societal collapse, resurrecting the civil society in Article V.

Article V sets forth the two processes for amending the Constitution, the second of which we're going to focus on. Article V says, in part: 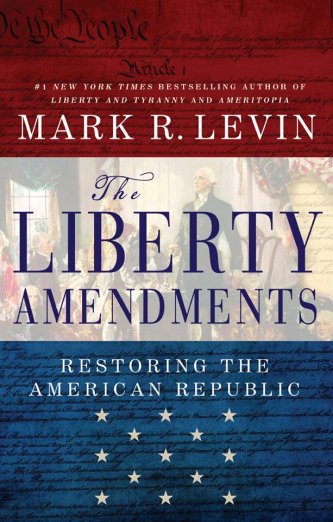 Congress, whenever two thirds of both houses shall deem it necessary, shall propose amendments to this Constitution, or, on the application of the legislatures of two thirds of the several states, shall call a convention for proposing amendments, which, in either case, shall be valid to all intents and purposes, as part of this Constitution, when ratified by the legislatures of three fourths of the several states, or by conventions in three fourths thereof, as the one or the other mode of ratification may be proposed by the Congress

And they're right! This isn't a Constitutional Convention. This is a convention for proposing amendments to the Constitution.

In other words, Congress can propose amendments to the Constitution -- and has in 27 cases that have been ratified -- and the states can too, through the convention process. The first method, where two-thirds of Congress passes a proposed amendment and then forwards it to the state legislatures for possible ratification by three-fourths vote. And that has occurred 27 times.

The second method, involving the direct application of two-thirds of the state legislatures, for a convention of proposing amendments -- not a Constitutional Convention, a convention for proposing amendments, which would thereafter require three-fourths of the states to ratify -- has been tried in the past without success. And today it sits dormant.

The fact is: Article V expressly grants state legislatures significant authority to re-balance the Constitutional structure for the purposes of restoring our founding principles should the federal government shed its limitations, abandon its original purpose, and grow too powerful as many delegates in Philadelphia in 1787 at the Constitutional Convention feared.

Which is exactly why they provided for two methods of amending the Constitution. On June 11, 1787 -- at the Constitutional Convention -- George Mason of Virginia, one of the most underrated of the Founding Fathers and one of the greatest men in American history, who had drafted Virginia's "Declaration of Rights", the precursor to the Declaration of Independence... he responded to some of the delegates who didn't see the necessity of having the states propose amendments. Which Mason strongly advocated for!

In [James] Madison's Notes from the Constitutional Convention, he writes about Mason's comments:

Colonel Mason urged the necessity of such a provision : "The plan now to be formed will certainly be defective, as the Confederation has been found on trial to be. Amendments, therefore, will be necessary ; and it will be better to provide for them in an easy, regular and constitutional way, than to trust to chance and violence. It would be improper to require the consent of the national legislature, because they may abuse their power, and refuse their assent on that very account. The opportunity for such an abuse may be the fault of the Constitution calling for amendment."

And so there was some debate. And two days before the end of the Constitutional Convention -- on September 15th -- Mason was back at it. Mason, concerned that Congress would have the sole power to propose amendments, continued to insist on state authority to call for conventions. George Mason explained that an oppressive Congress would never agree to propose amendments curtailing its own tyranny.

Back to Madison's Notes, citing Mason, "thought the plan of amending the Constitution 'exceptionable and dangerous. As the proposing of amendments is in both the modes to depend, in the first immediately, and in the second ultimately, on Congress, no amendments of the proper kind would ever be obtained by the people, if the government should become oppressive, as he verily believed would be the case.'"

Mr. Governeur Morris, Mr. Eldridge Jerry of Massachusetts moved as to amend the article as to require a convention on application of two-thirds of the states.

And there you have it.

Under both amendment procedures, the Constitution requires at least three-fourths of the states ratify the amendment -- either by their state legislatures or by the state conventions. So again, rather than Congress proposing amendments, what's suggested here is that the states can and should convene to do the same thing.

Now: I was originally very skeptical of amending the Constitution by the state convention process. I, like many of you, was concerned that it could turn into a runawy caucus, And, as an ardent defender of the Constitution who reveres the brilliance of the Framers, I presumed this would play disastrously into the hands of the Statists.

But today but I am a confident and enthusiastic advocate for the process. The text of Article V makes it abundantly clear that there is a serious check in place, whether the product of Congress or the state convention, A proposed amendment has no effect at all unless ratified by the legislatures of three-fourths of the states or by the conventions in three-fourths thereof.

This, ladies and gentlemen, should extinguish concerns that the convention process could hijack the Constitution. It is impossible. And after more research and reflection, the issue crystallized further for me. If the Framers were alarmed that states calling for "a convention proposing for amendments to the Constitution" could undo the entire undertaking of the Constitutional Convention, then why did they craft, adopt and endorse the language?

And it was strongly endorsed in the Federalist Papers -- by Madison and Hamilton in Federalist 43 and Federalist 85.

And here's the beauty of the process: Congress' role in the state application process is minimal and ministerial. And it couldn't be otherwise, because the Framers and Ratifiers adopted the state convention process for the purpose of establishing an alternative to the Congressionally-initiated amendment process. That was the point.

Now you can see why the ruling class and their little mouthpieces are going to hate me: because this removes power from them.

It gives power to the state delegates and state senators, who you will have an effect on one day. And this is what my new book is about: The Liberty Amendments: Restoring the American Republic.

I was hoping for something a little different from Mark, but I will give his proposal a slow, deliberate reading before jumping to a conclusion.

I trust Mark and whatever he likes or endorses is good enough for me.

Thanks Doug!!!I have not had the chance to hear Mark, but I will be listening to the podcast as I do every night. Thanks for an opening and giving me smile!!
Thank you Mark. You are a Founding Father of OUR time!!!

Thanks for the resource Doug, featured/linked here:

So what can I do side from buying the book? How do we get this in motion?

@anon 11:04 - stay tuned. More to come. In the mean time, make sure you're engaging with your local Tea Party or Conservative Republican/Libertarian groups to begin mobilizing.

The beauty of having 2/3s of the states call for an amendment convention is that the convention can be called with an amendment already in mind. How could it be otherwise?

So all we need is 34 states to agree to the amendment convention. Which means that only 4 other states will need to be convinced of the necessity of the proposed amendment.

I propose to repeal the 16th amendment and forbid the taxing of income in perpetuity, by the United States or by any State.

Never forget that the Constitutional Convention was called to amend the Articles of Confederation...