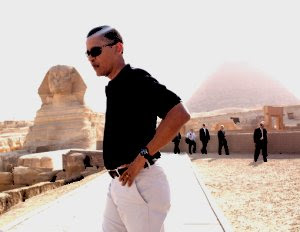 The United States is monitoring the very fluid situation in Egypt, and we believe that ultimately the future of Egypt can only be determined by the Egyptian people. Nevertheless, we are deeply concerned by the decision of the Egyptian Armed Forces to remove President Morsy and suspend the Egyptian constitution. I now call on the Egyptian military to move quickly and responsibly to return full authority back to a democratically elected civilian government as soon as possible through an inclusive and transparent process, and to avoid any arbitrary arrests of President Morsy and his supporters...

...During this uncertain period, we expect the military to ensure that the rights of all Egyptian men and women are protected, including the right to peaceful assembly, due process, and free and fair trials in civilian courts. Moreover, the goal of any political process should be a government that respects the rights of all people, majority and minority; that institutionalizes the checks and balances upon which democracy depends...

Checks and balances? You mean like "If Congress won't act, I will"? Or declaring the Senate in recess to make unlawful recess appointments? Or ramming Obamacare down the throats of the American people in 2010 against overwhelming opposition?

Considering the actions of President Lead-from-behind over the last four-plus years, I suspect Egyptians won't be losing much sleep over the Obamaltimatum. It would seem that Mr. Obama has his cross-hairs fixed on Americans, not Egyptians.

8Barry the begger. Where is Snowden?

Why should they listen to O'DumBum....he is a traitor both to the majority of Egyptian people and especially to us.

This guy has the gall to lecture people of Eqypt?
His 'selected' jihadist puppet morsi go what he deserved; naturally he can't fool his people - hunting a killing Coptic Christians, sanctioning the rape of women etc. is not that of a leader of all people but, rather that of the typical jihadist. Sharia based constitution - my ass!

Barry should take his own advice; our 'asteric' leader also won by hook and crook - like his buddy morsi - supporting only 39% of americans we also have reason to remove dear leader.
What good for the goose should be good for the gander: Barry, resign or face impeachment!

Not even 'his' people in the middle east pay barry any attention; as one of the sign has shown "Obama, your bitch is our dictator'! Everybody brushes him and, surely has barry crying just about now.

This was to be expected. Regardless of form, charter, or process of elevation, all governments are implicitly allied against their subjects, in that each government uses the "threat" of others as the rationale for allowing it to coerce its own.

It takes hard thought to realize that the government closest to you -- "yours" -- is the one that threatens you most directly, that can do you the most harm, and that is most likely to want to harm you in some fashion. Twenty-First Century Americans have not grasped this, which is why it will take unprecedented and rather unlikely events to free us.

I'm afraid, Mr. Obama, your pleas are too little and too late. The top leadership of the MB and it's allies the Qatari Propaganda Bureau otherwise known as the Al Jazzera, have already been rounded up. The Army knows that it would be foolhardy to let them continue to rabble rouse in these very tumultuous times.

He's a tyrant himself---I didn't even know he could pronounce "checks and balances." If Americans had any sense, O would be playing his millionth round of golf in Hawaii right now.

And Porretto is right: freedom is all too easily lost, and hard as hell to win in the first place. Every free breath you take was paid for in blood.

"Every free breath you take was paid for in blood."

To too many people "Democracy" is seen as an end in and of itself, rather than a tool to put into place a freedom-loving government. Therefore, the elected government (whatever its nature, no matter how repugnant) is viewed as being legitimate and can only be removed at the ballot box. This view of democracy as the goal, rather than the means to attain a goal, is prevalent in the media and in schools. This, I imagine, is what the Obama administration is concerned about (at least in part), rather than the quality of the Egyptian government removed from power.

Angry, starving people took a stand that I'm not so sure we fat Americans have the character to take.