10. Osama Bin Ladin Wanted Joe Biden Alive, because he knew that Biden was more dangerous to Americans if he remained in power.

Bin Laden ordered his militants to look out for opportunities to assassinate President Obama or David Petraeus during any of their visits to Pakistan and Afghanistan. Mr Petraeus, now CIA director, formerly commanded international forces in Afghanistan... But Bin Laden warned them not to bother targeting Vice-President Joe Biden because "Biden is totally unprepared for that post [of president], which will lead the US into a crisis."

9. Senator Ted Cruz likes this license plate, and who can blame him?

8. Politico, Media Matters, and HuffPo (but I repeat myself) were caught lying again, this time claiming that Rush Limbaugh instructed his vast audience not to watch Fox News.

A caller named Tony from Tampa dialed Limbaugh and vented about a comment Fox News Channel contributor Julie Roginsky had made regarding coal on a show hosted by Neil Cavuto. Tony lumped Roginsky, a former aide to the late Democrat Sen. Frank Lautenberg, in with several other liberal contributors who appear regularly on various Fox News shows... That prompted this response from Limbaugh, "You need to stop watching these people, because they’re not gonna change, Tony,” Limbaugh said. “Your blood pressure’s going to suffer if you keep watching these people. I mean, they’re designed to get you ticked off." At no point did Limbaugh advise his vast audience not to watch Fox News in general[, just the liberal kooks who sometimes get a forum there].

7. Even the GOP Cocktail Circuit wants the Rubio-Schumer Amnesty Bill Dead; which, it would seem, means that Bill Kristol and Rich Lowry are now officially at war with Marco Rubio and Karl Rove.

The bill’s first fatal deficiency is that it doesn’t solve the illegal-immigration problem. The enforcement provisions are riddled with exceptions, loopholes, and waivers. Every indication is that they are for show and will be disregarded, just as prior notional requirements to build a fence or an entry/exit visa system have been – and just as President Obama has recently announced he’s ignoring aspects of Obamacare that are inconvenient to enforce on schedule...

6. The Guys Who Want to Enforce Obamacare Just Exposed 100,000 Social Security Numbers on the Internet. Of course, I refer to the IRS, whose mistakes somehow seem to always benefit the Democrat-slash-Federal Government Party.

We’re in the very best of hands, aren’t we? Just wait until the people who slipped up and posted up to 100,000 Social Security numbers onto a website are in charge of your health care information... Our good friends at the Tax Exempt Organizations unit are once again under fire, as a watchdog group called Public.Resource.org investigates a data management snafu and discovers the IRS has been inadvertently dropping files that contain Social Security numbers onto a public website. 4. An Oklahoma City Hospital is doing its part to drive down health care costs: it's posting prices of common surgeries online and creating "a bidding war".

An Oklahoma City surgery center is offering a new kind of price transparency, posting guaranteed all-inclusive surgery prices online. The move is revolutionizing medical billing in Oklahoma and around the world. Dr. Keith Smith and Dr. Steven Lantier launched Surgery Center of Oklahoma 15 years ago, founded on the simple principle of price honesty... The prices are all-inclusive quotes and they are guaranteed.

Amanda Berry, Gina DeJesus, and Michelle Knight are the three women held for ten years by a monster in Cleveland (will not dignify him with a name) where they were abused, raped and faced untold horrors. Last night they released a video where we got to see the three brave women for the first time... The video of these three brave survivors will move you to tears.

2. The White House has known for months that Obamacare simply could not be implemented as it was "designed".

As far back as March, a top IT official at the Department of Health and Human Services said the department's current ambition for the law's new online insurance marketplaces was that they not be "a Third-World experience." To get a sense of what the Obama administration is up against, take a look at this chart [designed to help] states build exchanges. (Bear in mind, this chart is supposed to simplify and explain.) 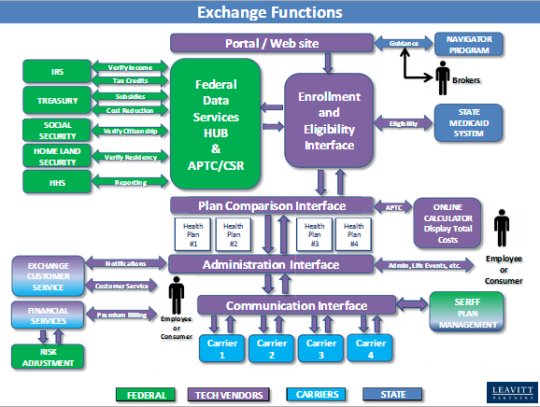 1. On the Heels of Obamacare's Latest Meltdown, the White House Convened a Secret Meeting

For those interested in the president’s meeting tonight with health care innovators, as described by Jay Carney at the top of the briefing, your POOL could not ascertain from aides the time of the session, location or expected attendees at the CLOSED PRESS meeting.

Repeat after me: Most. Transparent. Administration. Evah!

at 5:16 PM
Email ThisBlogThis!Share to TwitterShare to FacebookShare to Pinterest
Labels: Linkfest, MSM