A PEN AND A PHONE: Drunk Illegal Alien Who Killed Cop Qualified for Obama Amnesty

The drunk driver who killed a veteran Arizona police officer in a head-on freeway collision this month is an illegal immigrant with a criminal history that nevertheless qualified for amnesty under President Obama’s broad plan. 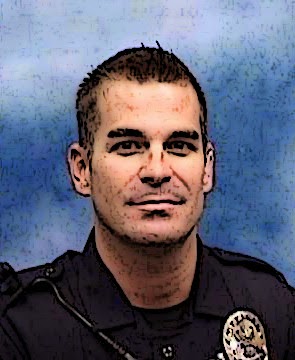 Why else would he be free to drive U.S. highways and work off the books as a gardener? The devastating story comes out of Phoenix, where an off-duty Mesa Police Officer (Brandon Mendoza) driving home from work, got slammed head-on. In the other car was Raul Silva Corona, an illegal alien from Chihuahua Mexico with a blood-alcohol level nearly three times the legal limit, according to various news reports.

Officer Mendoza was only 32 years old and he served 13 years on the Mesa Police Department. Before crashing into him, Corona drove 35 miles along several Phoenix-area freeways in the wrong direction. Authorities received dozens of calls from drivers who saw the drunken man speeding the wrong way and they tried to pursue him, but couldn’t stop him. Both men died instantly and hundreds attended a vigil for the popular officer last week.

Initial news reports did not mention the drunk driver’s illegal status or criminal history, probably because it’s not politically correct. The media conveniently dismisses these crucial facts as irrelevant, though it’s a very important issue. Back in 1994 Corona pleaded guilty to criminal conspiracy in Adams County Colorado, according to court records obtained by the mainstream news outlet linked above. Evidently, it was part of a deal in which prosecutors dismissed the more serious charges of burglary, assault and leaving the scene of an accident.

Under Obama’s amnesty, tens of thousands of illegal aliens with criminal records more serious than Corona’s are being released from U.S. custody. Just last week Judicial Watch reported that in 2013 Immigration and Customs Enforcement (ICE) freed 36,007 illegal immigrants convicted of violent and serious crimes from detention centers throughout the nation. The crimes include homicide, sexual assault, theft, kidnapping and alcohol-related driving convictions, according to the government’s own records. The breathtaking documents were obtained by a nonpartisan research center dedicated to studying immigration issues.

Last summer legislation crafted by the bipartisan Gang of Eight in the U.S. Senate would have granted amnesty to illegal aliens with drunk-driving, domestic violence, aggravated assault and child abuse convictions. Incredibly, groups that would normally be vocal on these sorts of issues remained silent. For example, the nation’s largest organization working to stop drunk driving and support victims of the violent crime—Mothers Against Drunk Driving (MADD)—refused to criticize the proposed law even though it would have rewarded those convicted of driving dunk. Through a spokeswoman, MADD said it “doesn’t get involved in immigration matters.”

Unbelievably, Corona would have qualified for Obama amnesty before committing the high-profile crime of killing a police officer. Family members have admitted in the media that the illegal alien gardener had been drinking hours before the crash and that they tried to stop him from driving. This guy was a real menace to society yet authorities let him roam freely after his encounter with the law years ago. In a touching farewell to Officer Mendoza published by a local newspaper, a Mesa park ranger writes that the fallen cop worked with troubled youth and helped clean up a crime-infested local park of drugs, alcohol and prostitutes. “Brandon sadly unknown to you, you became that last line of defense with assisting your brothers who vowed as you did to ‘Protect and Serve’ and gave the ultimate sacrifice in order that others may live.”

This is just as much Ocrat 'amnesty' as it is Obama amnesty.

They (including the media) all deserve to wear the Dukakus albatross on their way to the wood shed in the fall -- Best yet, one hardly even need to raise O-Care as an issue.

Omnesty is going to be the gift that keeps on giving, for years...

These illegal aliens will take our country down to a status that is worse than many 3rd world countries.
These illegals are literally killing our irreplaceable
citizens of all colors.