POLL: Pretty Much Everyone in America Wants an Investigation into Benghazi Except... the Media

Noah Rothman deserves our thanks. He is doing yeoman's work at Mediaite as but one of a handful of reporters willing to speak truth to power.

The journalistic establishment is convinced that the investigation into the attacks on Benghazi is a partisan sideshow that is unlikely to unearth any new information, the fact that new information was unearthed just weeks ago as a result of a Freedom of Information Act request notwithstanding. 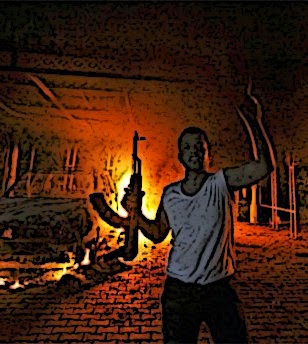 Nevertheless, reporters are quite sure that any investigation into the preparation for and response to the Benghazi attack is purely political. CNN’s Erin Burnett summed it up best when she declared on Wednesday night that even the word Benghazi has “become like abortion.” Meaning, the issue has grown so polarizing that there are few people left who can be persuaded to change their already settled opinion on the matter.

Outside of the newsroom, however, opinions about Benghazi seem to be far less set in stone. On Thursday, Fox News Sunday host Chris Wallace revealed that, according to the crosstabs on the latest Fox News poll, Democrats are just as eager for a definitive investigation into Benghazi as are Republicans in Congress.

...That comes as a surprise only to those who refuse to acknowledge that there are outstanding questions relating to that attack. Writing in National Review, Jim Geraghty critiques MSNBC’s Chuck Todd, who recently insisted that “all the questions” relating to Benghazi “have been answered.” In a thorough post, Geraghty outlines just how many questions relating to the attack and its aftermath have not been answered and why the slow drip of information coming out of the White House begs for a stronger response from congressional investigators.

But while the country clearly believes there is more to the Benghazi story, and it is perfectly appropriate to investigate the White House’s handling of that attack, the latest Fox poll has its share of red flags for the GOP, too. ... When asked if Republicans in Congress are investigating the Benghazi attacks out of a desire to get to the truth or to secure “political gain” for themselves, 63 percent said that the GOP’s motives were not entirely pure... For now, however, this survey indicates that voters want to see a full accounting of events of what happened before and after the Benghazi attacks. The GOP has a mandate to pursue those answers, but voters have little patience left for the GOP and that mandate could quickly evaporate.

I must also mention that Rothman was one of 2013's Fabulous 50 Blog Award Winners, which recognizes a select group of elites in the world of online media.