The IRS investigation is no mere partisan scandal, but a moral challenge for all those in government

Could the IRS do anything to make itself more unpopular? Apparently, things are far from over with the agency’s targeting of conservative political groups. 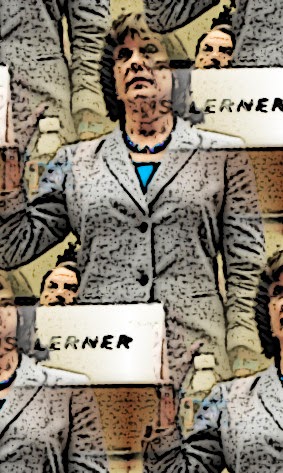 Emails obtained by Judicial Watch and released yesterday indicate that the Obama administration lied when it tried to pin the scandal on IRS employees in an Ohio branch office. In fact, the Washington, D.C., office of the IRS was coordinating with the employees to hold up tea party groups’ applications for nonprofit status and subject them to extra scrutiny.

At the heart of the controversy is Lois Lerner, who was head of the division that approved nonprofit applications at the time.

“This latest revelation by Judicial Watch showing that the IRS targeting of conservative organizations was being run by its Washington office demonstrates that the House acted correctly when it held Lois Lerner in contempt,” said Heritage legal expert Hans von Spakovsky.

The House voted last week to hold Lois Lerner in contempt of Congress for refusing to answer questions about the IRS scandal. But it’s up to Attorney General Eric Holder to take any action – the first step of which would be forcing her to testify – and that hasn’t happened.

Lerner claimed that this problem originated in the Cincinnati office of the IRS, so it is pretty clear she was misleading the public and congressional investigators. The contempt citation needs to be enforced and if the Justice Department refuses to do so, it will be another example of unethical behavior by a law enforcement agency that has repeatedly failed to adhere to its duty to enforce the law on an objective, nonpartisan basis.

In other words, the odds aren’t great that Lerner will face real consequences.

But perhaps the worst news is that the Obama administration has been working behind the scenes to change the rules for political activism – permanently.

In a new paper, von Spakovsky details how the administration has proposed rules for the IRS that “appear to be an attempt to implement the ‘inappropriate criteria’ used by the IRS to target tea party and other conservative organizations applying for tax-exempt status.”

Turning the IRS’s targeting of these organizations into actual rules, he explains, would:

The IRS scandal has become a bipartisan concern, as evidenced by a number of Democrats voting to hold Lerner in contempt of Congress and voting to appoint a special counsel to investigate the scandal.

But the administration’s effort to rewrite the rules for political activity is an even more serious threat that must be stopped.