Global Warming: A noted researcher who questioned the climate's sensitivity to greenhouse gases says his paper is not being published for ideological reasons and because it might fuel doubt in the climate change story.

First the climate change zealots tried to manipulate the data. Now they are trying to control the debate they claim is over. 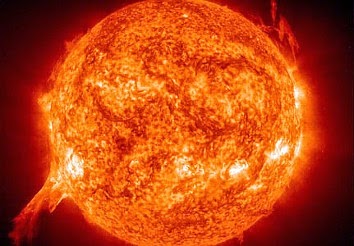 It's not over, though, and the science is not settled as true science never is. But those, such as Swedish climate scientist Lennart Bengtsson, who dare to challenge the climate change orthodoxy are being silenced in an organized campaign.

In an echo of the infamous Climategate scandal at Britain's University of East Anglia, one of the world's top academic journals has rejected the work of five experts, including Bengtsson. One peer reviewer said the paper "is harmful as it opens the door for oversimplified claims of 'errors' and worse from the climate skeptics media side."

The Climategate scandal was a direct result of scientists at Britain's Climate Research Unit and others, such as Michael Mann, conspiring to manipulate "unhelpful" data and to "hide the decline" in global temperatures.

The Climategate emails leaked in 2009 made it abundantly clear that the suppression of skeptical papers in learned journals and conflicting data from the alarmist establishment has long been widespread and organized within the field of climate science.

Bengtsson's paper suggests that climate is probably less sensitive to greenhouse gases such as carbon dioxide than is acknowledged by the United Nations' Intergovernmental Panel on Climate Change. Bengtsson and his co-authors say that more research needs to be done to "reduce the underlying uncertainty."

The IPCC has not exactly been a bastion of scientific certainty or even honesty. Its claims have led to tabloid predictions of islands disappearing under rising seas — islands, such as Tuvalu, which are still there — and wild reports that the Himalayan glaciers are disappearing.

The Bengtsson paper was submitted for publication in the leading journal Environmental Research Letters. But it failed the peer-review process and was rejected. Bengtsson, a research fellow at the University of Reading, was stunned not only by the rejection but also by the virulent reaction to him even daring to question climate change orthodoxy, which many consider to be almost a religious cult.

In early May, Bengtsson had joined the advisory council of the Global Warming Policy Foundation, a group that questions the reliability of climate change claims and the costs of policies taken to address warming. Within a week he had to resign after being subjected to verbal abuse from a community he once respected. He was ostracized. One German physicist compared Bengtsson's joining of the group to joining the Ku Klux Klan.

"I had not expect(ed) such an enormous worldwide pressure put at me from a community that I have been close to all my active life," he wrote in his resignation.

The actions of this once-peaceful community, he wrote in his resignation letter, now reminded him of McCarthyism.

Bengtsson, 79, quoted in the Daily Mail, said it was "utterly unacceptable" to advise against publishing a paper on political grounds. He called it "an indication of how science is gradually being influenced by political views."

"The reality" of climate, he said, "hasn't been keeping up with the (computer) models."

Judith Curry, climatologist and chairwoman of the School of Earth and Atmospheric Sciences at the Georgia Institute of Technology, says the campaign against Bengtsson "a disgraceful display of climate McCarthyism by climate scientists, which has the potential to do as much harm to climate science as did the Climategate emails."

Indeed, among warmists the only acceptable line of inquiry seems to be: Are you now, or have you ever been, a climate skeptic?