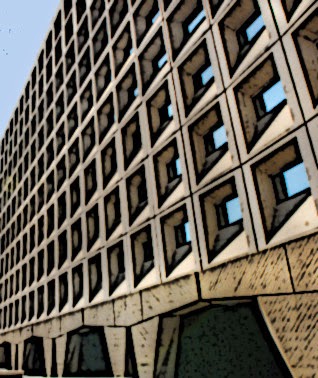 ...not a word has been heard of late about a truly transformative Obama executive action, his rule on “affirmatively furthering fair housing” (AFFH). That rule will push Americans into living how and where the federal government wants. It promises to gut the ability of suburbs to set their own zoning codes. It will press future population growth into tiny, densely-packed high-rise zones around public transportation, urbanizing suburbs and Manhattanizing cities...

You won’t see a more ambitious Obama administration initiative than this. Yet Obama never discusses AFFH. Although a preliminary version of the rule was released in July of 2013, the president didn’t mention it in his State of the Union address. The controversial rule was the subject of a Weekly Standard cover, yet as far as I can tell neither The New York Times nor The Washington Post has ever done a story on AFFH...

[There isn't] an issue more worthy of public debate and discussion in advance of the 2014 midterm election than the AFFH rule and the Obama administration’s “regionalist” housing policies. You can see dry runs for what Obama hopes to do with his new housing rule in recent planning initiatives in the San Francisco Bay Area and the Twin Cities...

How can conservatives help draw the public's attention to these radical and unconstitutional dictates?

There is a way to break the Obama administration’s silence on the AFFH rule and its anti-suburban regionalist agenda. San Antonio Mayor Julian Castro, widely touted as a possible 2016 Democratic vice-presidential candidate, has just been nominated to replace Shaun Donovan, chief architect of the administration’s regionalist policies, as secretary of the Department of Housing and Urban Development.

[During confirmation hearings, the GOP should] ask Castro about his intentions for AFFH, and about the administration’s regionalist policy more generally... On AFFH, how far will Castro go to force densification? What penalties will he levy? What measuring sticks will he use? What steps will he take to pressure suburban municipalities to participate in regional governing bodies? How does he square AFFH with America’s long tradition of local governance? ... Does he agree with former Obama transportation secretary Ray LaHood that the administration’s goal should be to “coerce people out of their cars?”

These are the sorts of questions that the Obama administration has been trying to avoid for the past six years, even as it has systematically moved to change the way Americans live. If ever there was an issue deserving of legitimate debate before an election, this is it. And if Julian Castro has hopes of being Vice President of the United States he ought to be willing to publicly defend the Obama administration’s regionalist policies. After all, he’ll soon be enforcing them.

Obama’s idea is not new. In fact, Lyndon Johnson used the threat of such executive action to cow his political opponents. He actually told a senator – I forget which one – that if the senator didn’t immediately come to heel on some Great Society proposition, a public-housing project would land in the middle of his (above-average affluent) district. The senator reversed his position on the instant (which tells you something about public-housing projects).

The use of “urban renewal” and its descendant programs to remake the political profile of a district is well established, though just about never spoken of. To protest it involves going against “the poor,” which makes you a fat target. Few and far between are the office holders willing to brave the media storm that evokes.

Zoning artificially restricts the supply of housing for the benefit of incumbent property owners. Thomas Sowell demonstrated that zoning redistributes income generally upward, from renters to homeowners (Markets and Minorities, 1981).

In this context, zoning is often used as a tool of class warfare.

Funny how class warfare was perfectly fine as long as long as you were winning.

What would Locke and Bastiat say?