Shortly after the iOS translation app "Word Lens" was featured in a prominent iPhone commercial from Apple, the developer behind the app has been snapped up by rival Google. 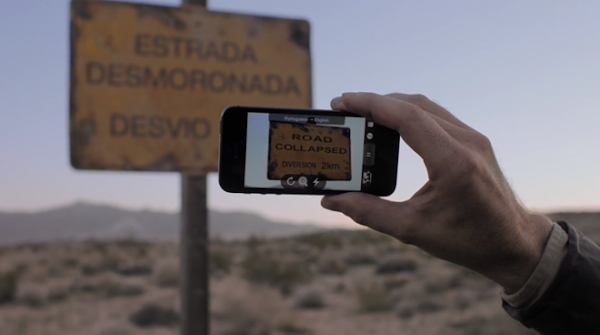 Quest Visual, the startup responsible for Word Lens translator available for iOS as well as Android and Google Glass, is now owned by Google, the developer announced on its website. There it revealed that Google plans to integrate Word Lens functionality into its own translation services.

Quest Visual said the change will allow its technology to provide "broad language coverage and translation capabilities in the future..."

Now imagine Word Lens operating using a pair of Google Glass. You're traveling abroad and simply look at a foreign language newspaper. The translated article appears on your heads-up display.

In some ways, thanks to the silicon transistor and Moore's Law, the current state of technology makes Star Trek look positively medieval.

at 6:57 PM
Email ThisBlogThis!Share to TwitterShare to FacebookShare to Pinterest
Labels: Engineering, Scitech