ANOTHER BENGHAZI MYSTERY: Where was the USS Bataan?

Benghazi: The administration deploys an assault ship with 1,000 Marines to Libya after ordering Americans to leave as the country implodes. Where was this ship on Sept. 11, 2012? Where was the president? 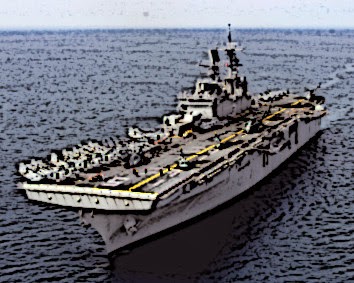 The families of the Benghazi dead must be cursing and scratching their heads at the sight of the amphibious assault ship Bataan, with about 1,000 Marines aboard, sailing into the Mediterranean Sea to assist in evacuating Americans if the current round of deadly fighting in Libya worsens.

Suddenly the administration is paying attention to the warning signs of a crisis of its own making and issuing concerns about security that were absent when four Americans died begging for help from an indifferent administration and a president who was resting prior to yet another fundraising trip.

Based on escalating security concerns, the U.S. State Department recommended Tuesday that Americans in Libya "depart immediately." In addition to the Bataan and its helicopters, America also has 250 available Marines, seven Osprey combat aircraft and three refueling planes in Sigonella, Italy, AFP reported.

Three years after President Obama supported the move to topple and kill longtime dictator Muammar Gaddafi, Libya has descended into armed chaos, and there isn't even a YouTube video to blame this time.

Forces led by renegade Libyan Gen. Khalifa Hifter is waging a battle against Islamists, including Ansar al-Sharia, the prime terrorist group involved in the premeditated and well planned terrorist attack on our Benghazi compound two years ago.

Mohamed Zahawi, the head of Libya's Ansar al-Sharia militant group in Benghazi, has warned against any U.S. interference in the nation's escalating conflict.

"We remind America, if they intervene, of their defeats in Afghanistan, Iraq and Somalia, because they would face in Libya something much worse," he said in a statement on Tuesday.

Libya was supposed to be the first fruit of an Arab spring supported by an administration that had profusely apologized for past U.S. interventions and bullying.

Our Benghazi mission was supposed to have become a full-fledged diplomatic post, an example of the tranquility that Obama and Secretary of State Hillary Clinton had brought to the region.

Ambassador Christopher Stevens was in Benghazi on Sept. 11, 2012, the day he died in the terrorist attack, because Clinton ordered him there.

Gregory Hicks, the No. 2 official in Libya at the time of the strike that killed Stevens, Ty Woods, Glen Doherty and Sean Smith, has testified that Stevens wanted to have the Benghazi complex upgraded to a permanent constituent post so Clinton could make the announcement in her planned triumphant visit to Libya before the end of 2012.

Believing their own lies that al-Qaida and its affiliates were defeated and on the run, warnings — including from Stevens himself — were ignored. Requests for enhanced security were denied, and existing security was removed.

Benghazi was perfectly predictable — and preventable. The bipartisan Senate Intelligence Committee released a report this month faulting Clinton's department for failing to anticipate the attacks despite repeated warnings.

Ignored were Stevens' warnings of terrorist training camps, about camps that surrounded what he called an indefensible facility and about the ordered withdrawal of security teams by Clinton in advance of the attack.

Also ignored were the cries for help the night of the attack as American forces stood down and were not ordered to even try a rescue when a flyover by a single F-16 breaking the sound barrier over the compound might have made all the difference.

Certainly the Bataan and its 1,000 Marines would have made a difference.

Obama and presidential wannabe Hillary Clinton need to explain why it wasn't there.

This is a different uprising, instead of islamonatzies the leader of the current counter-revolution is a naturalized American. He originally helped Kdaffy's coup long ago, exiled to the US, worked for the CIA, and has the backing of key military elements in Libya. Thus an enemy of Dear Leader. Because he may bring stability, like Sesi in Egypt (who just got over 90% of the vote) and mess up SCOAMF'S Great Jehadie Arms Bazaar we must call in the Marines.