Scandal: While his clueless Veterans Affairs secretary stays, the president issues his response: If reports are true, people will be held accountable — that is, as soon as he gets the inspector general's report in August. 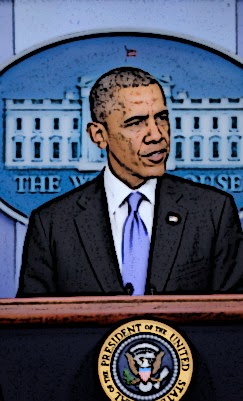 'If these allegations prove to be true, it is dishonorable, it is disgraceful and I will not tolerate it, period," the president said, drawing a red line in his first public comments in weeks on the issue after a meeting with Veterans Affairs Secretary Eric Shinseki at the White House.

His faux outrage and emotionless tap-dancing differed little from his comments when the IRS was found to be targeting Tea Party groups to aid his re-election.

"If in fact IRS personnel engaged in the kind of practices that have been reported on and were intentionally targeting conservative groups, then that's outrageous and there's no place for it," he said then, promising to wait, yep, for an inspector general's report.

Veterans are tired of waiting for reports. There have been at least 50 of them, as senators pointed out to Shinseki at a hearing, not counting the transition briefing President-elect Obama received in 2008 about a problem he pledged to address in 2009.

Now he has to wait for one more?

As the Washington Times notes, Obama's transition team was warned in 2008 of no less than three audits that showed the VA Department was misreporting wait times for medical treatment, including one audit revealing delays nearly 10 times worse than officially acknowledged. As we have noted, Obama promised then to fix a situation he now says he doesn't have enough data on.

Obama, at his meandering presser Wednesday, said he wants "to know the full scope of this problem, and that's why I ordered Secretary Shinseki to investigate."

Yet he long ago knew the "full scope of the problem." So we'd like to know: When will Shinseki be fired?

"We're going to work with (Shinseki) to solve the problem," President Obama said, "but I am going to make sure that there is accountability throughout the system after I get the full report." After the report? The word that comes to mind is "pathetic."

Instead of calling openly gay athletes to compliment their courage, why not call the families of the vets who died on VA waiting lists? Like Sally Barnes-Breen, who told Sen. Jon McCain at a recent town hall meeting how her 71-year-old father-in-law, a Navy veteran, died while awaiting an appointment at the Phoenix VA. Thomas Francis Breen had bladder cancer and died Nov. 30. Or is her story, like those of ObamaCare victims, merely an "anecdote"?

By a 390-33 vote Wednesday, the House passed a bill to make it easier for Shinseki and whoever replaces him to fire and demote senior executives such as Sharon Helman, the embattled director for the Phoenix hospital, where as many as 40 veterans died on bogus waiting lists used to game the system and reap bonuses.

The Senate should pass it and Obama should sign it.

Or must we wait as the president dodges responsibility until some adviser pops up on the TV news to say, as with Benghazi, "Dude, that was, like, so long ago."