Well, it's nothing especially new in the realm of anti-gun propaganda, but the Washington Post “Morning Mix” section on Thursday reprinted yet another screed by a big city newspaper against U.S. gun culture. The reprinted article followed a template familiar to anyone who is engaged in the gun debate in America.

It reminded readers of past highly-publicized gun crimes. 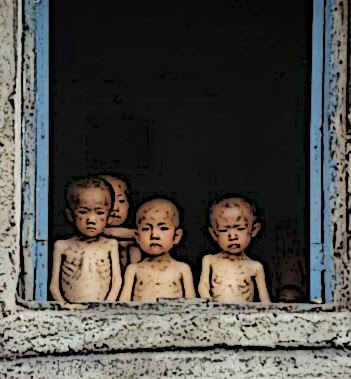 It depicted President Obama shouting himself "hoarse" over the need for action on gun control.

It indicated that no place in the U.S. is free of firearms, be it "campuses of universities and high schools, department stores and even churches."

Picking up a thread heavily promoted by Bloomberg's Moms Demand Action franchise, it warned parents that "even children brandish guns," and cited two incidents in which a young child accidentally shot a sibling.

And, with typical disregard of declining rates of violent crime and firearm accidents, it claimed that "social uneasiness is growing day by day among Americans" because of gun-related crime. Indeed, the paper warned, no American can escape the "uneasiness and horror" caused by guns.

Yes, we've seen it all before, and it didn’t paint a pretty picture of America or the American people. You'd almost think the author believes Americans are too savage and unruly for self-government and certainly for any sort of liberty that demands discretion and good judgment. As with all these sorts of articles, it implicitly pointed the way to a brighter future: civilian disarmament and a tighter reign over the American people by their betters in government.

The Post, of course, was inclined to agree. Its introduction to the reprint cited, with apparent admiration, the low firearm ownership rate amongst civilians in the jurisdiction where the editorial was written: .06 guns per 100 people. Meanwhile, the nationwide U.S. rate, the Post reported, is closer to 100 firearms per 100 people. The Post also noted recent attempts by the locale where the editorial was written to tighten its own firearm laws, including laws governing their registration, storage, use, and prohibition.

Like we said, we've seen it all before, and so has anyone who's read gun-bashing editorials in any big-city American newspaper.

Only this time, the editorial wasn't originally published in a U.S. city.

It was published by a state newspaper in Pyongyang, North Korea. You can read it here for yourself.

North Korea, we need not remind you, is the place where the ruling authorities are said to execute rivals with flamethrowers or have them eaten alive by starving dogs (accusations the Post article at least acknowledged). It is the gun-free paradise where, according to Human Rights Watch, "Arbitrary arrest, lack of due process, and torture are pervasive problems." That's not all, according to the watchdog group: "There is no independent media, functioning civil society, or religious freedom. Government policies have continually subjected North Koreans to food shortages and famine."

We're certainly not anywhere close to these conditions in the U.S., thankfully. Yet in his views on gun policy, at least, North Korea's "Dear Leader" Kim Jong Un has no shortage of kindred spirits right here in America.

Many reasons, of course, exist for the disaster that is North Korea, just as many reasons exist for the comparatively peaceful, prosperous, and free nation that is the United States. No one factor explains the differences between the two nations. But when people in this country tell you that Americans would be better off moving in the direction of North Korea’s approach to gun control, consider whether any of the 25 million North Koreans wouldn't gladly accept the worst of what newspapers claim about the United States, for a taste of American freedom.
Related: UN report exposes North Korean atrocities