HALL OF SHAME: GOP House Chairmen Actively Fought Select Committee for Fear of Getting Shown Up

Eli Lake at The Daily Beast is one of the true superstars of modern investigative reporting. Legacy media, namely the likes of 60 Minutes, long ago abandoned their charter of speaking truth to power and instead feature gauzy interviews with FLOTUS in the White House vegetable garden.

Lake has broken a series of fascinating stories on the scandals engulfing the Obama administration, most recently deconstructing the Benghazi cover-up that implicates both Obama and ostensible 2016 Democrat presidential candidate Hillary Clinton.

But yesterday's scoop also reveals something about the feckless House Republican leadership. Namely that various House committee chairmen fought tooth-and-nail against a Select Investigative Committee for reasons, well, you be the judge.

There is deep unease within the Republican leadership that the select committee, which has yet to announce a schedule of hearings, could backfire, and badly. Investigate and find nothing new, and the committee looks like a bunch of tin-hatted obsessives. Investigate and uncover previously-hidden secrets, and it makes all of the other Republican led panels that dug into Benghazi seem like Keystone Kops.

Based upon the performance of Judicial Watch, which routinely out-investigated the Keystone Kops House, the latter fear is well-founded.

Three Republican sources tell The Daily Beast that the chairmen of the House Intelligence, Armed Services, and Government Reform committees—Reps. Rogers, Buck McKeon, and Darrell Issa, respectively—all opposed the formation of a select committee on Benghazi. All three men have led their own investigations into the matter.

Well, not to toot my own horn or anything, but I certainly called that one last year. Here's what I published then: 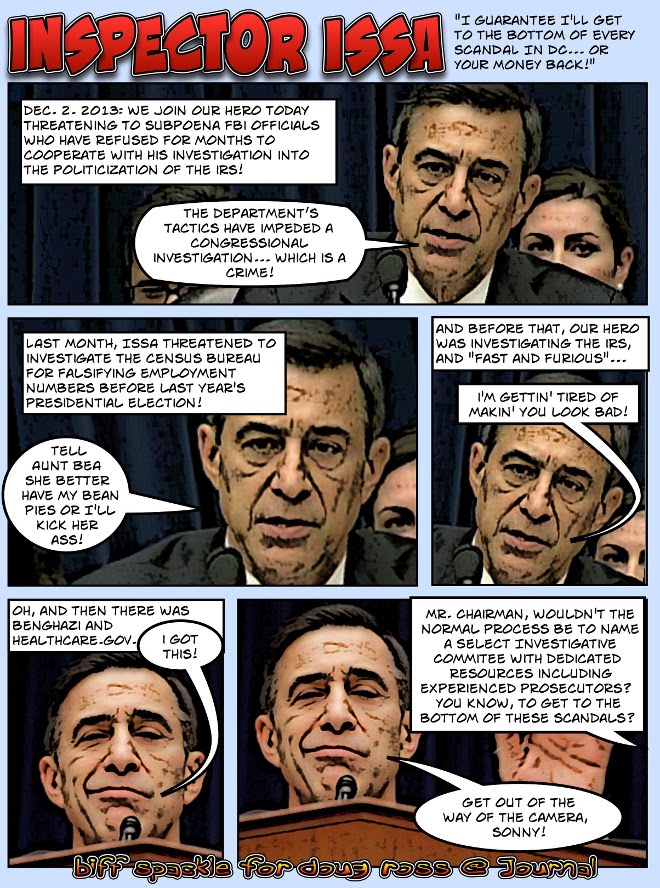 It's about pride and hubris, not about what's best for the country.

[Lawmakers] such as Rep. Jason Chaffetz, the Utah Republican who first contacted key State Department whistleblower Greg Hicks, say the Benghazi story is more about how the White House failed to deploy all of its assets on the evening of the attack to save Americans.

Chaffetz, who serves on the House Committee on Oversight and Government Reform but was not chosen for the select committee, came close to uncovering evidence for his view this month when retired Air Force Brigadier General Robert Lovell testified that the military did not even try to save personnel on the night of the Benghazi attacks, or in his words, “run to the sound of the guns.”

After Lovell’s testimony, McKeon issued a statement defending his own investigation’s conclusion that no assets were in place to conduct such an operation. “Lovell did not serve in a capacity that gave him reliable insight into operational options available to commanders during the attack, nor did he offer specific courses of action not taken,” he said at the time.

In other words, McKeon is actively sandbagging the investigation for fear of getting exposed as the incompetent buffoon that he most assuredly is.

These people are disgraceful.