"It would be impossible to kill enough of my enemies before being dispatched by those damnable cops." 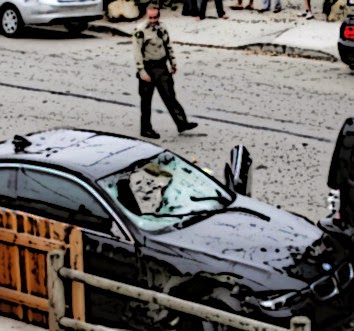 Elliot Rodgers, the UCSB murderer who killed six people, seemed to take a chapter out of the NRA playbook, echoing Wayne LaPierre’s now famous words – “the only way to stop a bad guy with a gun, is a good guy with a gun.”

In his 141-page manifesto Rodgers writes:

“Another option was Deltopia, a day in which many young people pour in from all over the state to have a spring break party on Del Playa Street. I figured this would be the perfect day to attack Isla Vista, but after watching Youtube videos of previous Deltopia parties, I saw that there were way too many cops walking around on such an event. It would be impossible to kill enough of my enemies before being dispatched by those damnable cops.”

In other words, the more good guys on the ground, the more likely mass killings can be reduced. So says the killer.

I wonder when MSNBC will be discussing these insights from the Santa Barbara shooter? Or Moms Demand? Bloomberg? Obama?

He said it, but the anti-gun fools aren't listening.