Guns: The Santa Barbara shooter had legally purchased and registered firearms, and passed prior questioning by the police who saw no danger to himself or others. More gun laws won't stop the next such shooter, either. 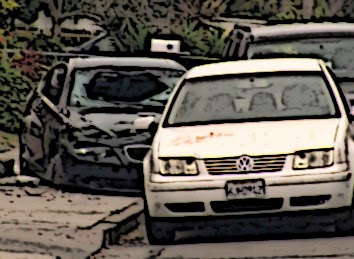 It is eerie how the mental health of the shooter consistently seems to emerge as a key factor in mass shootings such as the rampage by Elliot Rodger, who killed six and wounded 13 on Friday. The shooter had been in therapy since age 8 and police had been warned by his parents to check him out.

Yet few liberals cry for tougher mental health laws compared with demands for tougher gun control. It would surprise these liberals that "right-wing bitter clingers" and even the NRA agree that some people shouldn't have access to guns — people such as Elliot Rodger.

The question is how to realistically and constitutionally do it. Instead of answering that question, we hear cries for "tougher" laws. But tougher than what?

"A record 11 bills were signed into law, including measures to keep guns out of dangerous hands and closing loopholes in California's law prohibiting large capacity magazines," the Times report quoted Wilcox as saying.

Well, not last weekend, and not in Santa Barbara.

Rodger had three handguns — two Sig Sauer P226s and a Glock 34 — in his car, all of which he had bought legally from a federally licensed dealer. Gun-control zealots who think magazine size matters and obsess about 30-round clips should note Rodger reportedly had 34 loaded 10-round magazines for the Sig Sauers and seven 10-round magazines for the Glock. A shooter can reload a fresh magazine in about a second.

He also had violent intent and made it known to the world in a series of YouTube videos that so concerned his mother, she contacted mental-health officials, who dispatched sheriff's deputies to check on him at his apartment close to the University of California's Santa Barbara campus. Elliot Rodger knew how to game the system. Deputies who were dispatched reported that he seemed "quiet and timid . .. polite and courteous," Santa Barbara County Sheriff Bill Brown said Sunday on CBS' "Face the Nation." So they left and never returned until the area was a crime scene.

Only three of the six killings involved a gun at all. The first three victims were Rodger's roommates. Two machetes, a hammer and a knife were among the items removed from the ground floor corner apartment they shared. Sen. Dianne Feinstein, call your office. So much for those scary-looking "assault" weapons.

As Jeffrey Lord notes in the American Spectator, California may have gotten an A- for its gun-control laws, but it also got an F from the Treatment Advocacy Center for the abysmal state of its mental-commitment laws. Neither Rodger's family nor his therapists could get him committed by a government bureaucracy little different from the one that runs the Department of Motor Vehicles. The emphasis should be on getting help to those that need help, not on shredding the constitutional rights of their potential victims.