Tonight, Nancy Pelosi and Harry Reid are using your tax dollars to host the premiere of a film that attacks conservative groups – in the U.S. Capitol.

This partisan attack in the people’s house cannot stand and we have filed an ethics complaint [PDF] to hold Nancy Pelosi and Harry Reid accountable.

Congress expressly prohibits partisan political rallies and fundraisers on the grounds of the Capitol or within its walls. As House Administration Chairman Rep. Candice Miller (R – MI) said, the “work in this hallowed building must solely be in the interests of the American people and not in the interests of any political cause.”

Pelosi’s office denied that the event was the premiere screening, despite it being called such by Politico, Fox News, MSNBC, and the film’s own producers in an RSVP now removed from their own site... 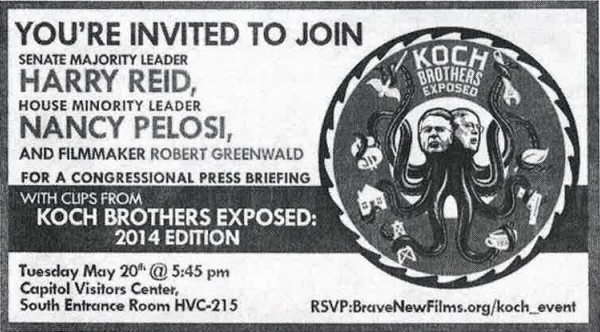 Not only do rules prohibit the use of House rooms for screenings, but they expressly prohibit any events that are campaign or political in nature.

What caught my eye is the octopus imagery: the theme was employed by the Nazis in the mid-20th century and by Islamofascists ever since. 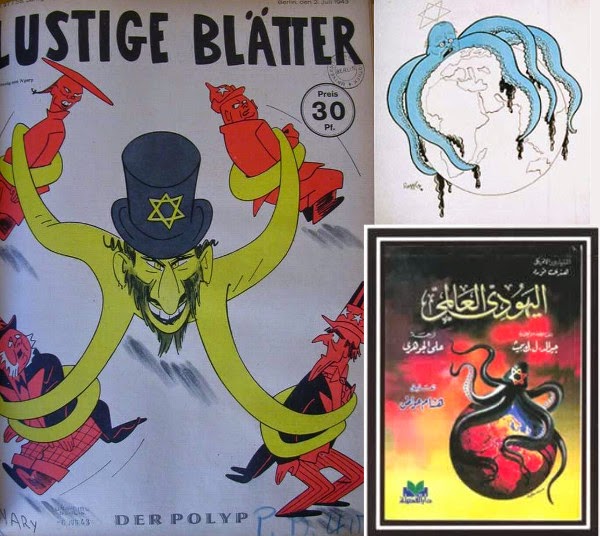 Yes, I know it's a rhetorical question, but they need to know that the lines have been drawn.

These two, Reid and Pelosi, are totally psychotic - obsessive and compulsive.

I wonder just how ballistic they would go if Congressional Conservatives were to present a film about that particularly vile money-bag of the Left, Soros.

This is just one more of the Left's distraction / deflection tactics. Let's hope a sufficient percentage of the electorate has learned to ignore them.

Koch Industries is at no. 59! Even if you add in the Americans for Prosperity and such not included in this, they still would be dwarfed by the unions and other fatcat lefties to the tune of nearly a $billion.