Despite the best efforts of the mainstream media and the political establishment to protect Barack Obama, they can no longer hide the incompetence and criminality of the most divisive and sordid administration in American history. 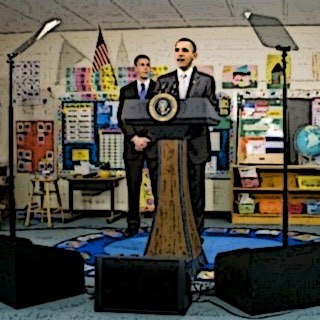 Former National Security Council Spokesman Tommy “dude, this was like two years ago” Vietor is the poster boy of the Obama Administration; a collection of inexperienced, emotionally immature ideologues, whose “the ends justify the means” mentality permits them to tell any lie, violate any law and indifferently sacrifice lives as long as it serves their political objectives.

This bungling and scandal-prone gaggle of amoral nitwits, led by a talking teleprompter, survives only because the extent of their dishonesty is matched by that of the political-media establishment and the public’s inexplicable willingness to tolerate it.

It is, in fact, explainable. Just as certain banks were “too big to fail,” Barack Obama is, quite simply, too corrupt to fail.

The “too big to fail” theory asserts that certain financial institutions are so large and so interconnected that their failure would be disastrous to the economy, and they, therefore, must be supported by government when they face difficulty.

Likewise, politicians and the media know that exposing Obama would reveal their own dereliction of duty, their complicity to undermine the Constitution, their continuous flouting the rule of law and uncover their willful ignorance of his alleged felonies and confirm their participation in the greatest election fraud and Constitutional crisis in American history. They know that the truth would topple the corrupt status quo and terminate their exclusive grip on political power, allowing the American people to regain control of their government. The political and media elite will do anything to prevent that, even risk the survival of the country, rather than risk their careers and the financial benefits.

Thomas Jefferson warned Americans of the danger of “elective despotism” now fostered by corrupt politicians, enabled by wealthy special interests and facilitated by a compliant press:

“They should look forward to a time, and that not a distant one, when a corruption in this, as in the country from which we derive our origin, will have seized the heads of government, and be spread by them through the body of the people; when they will purchase the voices of the people, and make them pay the price.”

Malfeasance is defined as the performance by a public official of an act that is legally unjustified, harmful, or contrary to law.

Federal governmental malfeasance fueled by political corruption is the single, most important issue of our time.

The American establishment media follow a script supplied by the Obama Administration to support its radical policies. Rather than restraining the power of the federal government, they have become an extension of it, a government that has become lawless, operating outside of Constitutional constraints and harmful to the American people.

The United States now has a government, which has been transformed from one based on traditional values, articles of faith and the support of individual liberty into one in which moral relativism, political expediency and crony capitalism take precedence.

The resignation of Barack Obama would be a victory for the American people, create an opportunity for the restoration of the Constitution and the rule of law and allow citizens to regain control of the government. At the same time, the departure of Obama will elicit a torrent of revelations that will likely taint the highest officials in government, the leadership of both political parties and the upper echelons of the media.

Like Obama, the establishment considers itself too big to fail, but no government can survive if the interests of its officials conflict with those of the people.

It is time for Obama to resign and let a hopelessly corrupt government fail.

As wonderful a proposition as this, Obama's ego will never allow him to resign. Instead, he will become more sullen, more diabolical and detached as the end of his term ends - especially if the 2014 midterms turn out the way that's predicted.

But resign? Not if Michelle has anything to do with it.

"no government can survive if the interests of its officials conflict with those of the people."

But that's the problem. They do not conflict. The people are perfectly happy to be bought by the corrupt pols.

Citizens don't see the "interest of the people" in terms of community. They see it in terms of personal gain. They've learned that from watching Barack Obama.