The NRA has always supported laws prohibiting violent felons and certain other categories of potentially dangerous persons from possessing guns, and it’s a position we’re confident is shared by the vast majority of gun owners nationwide. 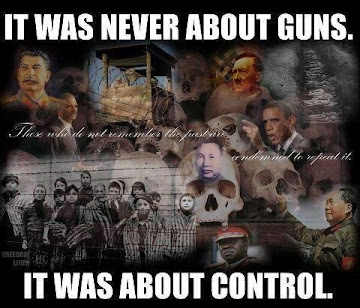 Nevertheless, on Tuesday, Hillary Clinton, a potential 2016 presidential candidate, said, "I think that we've got to rein in what has become an almost article of faith that anybody can have a gun anywhere, anytime."

Clinton also said that when it comes to guns, “I think again we’re way out of balance, and I don’t believe that is in the best interest of the vast majority of people.” As if quoting from the playbook of 2008 presidential candidate Barack Obama, she added, “I think you can say that and still support the right of people to own guns.”

Furthermore, Clinton is a supporter of the Center for American Progress (CAP), founded by her anti-gun husband’s White House Chief of Staff and funded in part by anti-gun billionaire George Soros and the anti-gun Joyce Foundation. CAP, which also has very close ties to the Obama White House, advocates background checks on all firearm transfers and a ban on “assault weapons” and ammunition magazines that hold more than 10 rounds. It also opposes Right-to-Carry and Stand Your Ground laws, and it boasts that “progress on stronger gun laws is within reach” because “Democrats and progressives are re-engaged.” Needless to say, CAP doesn’t speak for all Democrats on the issue, but Clinton is obviously not being shy about attaching gun control to her own political brand.

If contemplating a run for the White House, Mrs. Clinton would do well to note that the agenda she has advocated over the last 20 years has been rejected by Congress and most of the states. The ownership of the kinds of guns that she most opposes has soared, as has the number of states with Right-to-Carry and strong self-defense laws, while the nation’s murder rate has decreased to nearly an all-time low.

Should she decide to run for president, and if she refuses to acknowledge the basic realities of the gun control debate, Hillary Clinton will certainly be reminded of them by the NRA.

Hey Hilly, we own guns BECAUSE of a Government full of people exactly like you........

So, Cankles, if you're elected POTUS you won't need the Secret Service, right?

And we certainly dont need you as president.

"The price of freedom is eternal vigilance." AND “The strongest reason for the people to retain the right to keep and bear arms is, as a last resort, to protect themselves against tyranny in government.” - Thomas Jefferson

“God grants liberty only to those who love it and are always ready to guard and defend it.” – Daniel Webster And, armed defense is always more effective!