Do you get the sense that Barack Obama doesn't give a crap what anyone thinks? I mean that the administration's lies are now so half-hearted that they get exposed as lies within minutes.

Consider this story, reported by the British press, which is where we Americans now have to get our news. 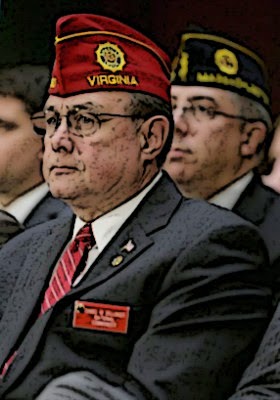 White House Press Secretary Jay Carney wound up with egg on his face Monday as he told reporters that President Barack Obama first learned from a TV news report that his Veterans Administration was denying medical care to vets with secret off-the-books-waiting lists...

...Obama has come under fire before for saying he was made aware of scandal-worthy shortcomings in his own administration by watching television, including the IRS tea party-targeting scandal that rocked Washington 12 months ago and the Operation Fast and Furious saga that has tainted his Justice Department for years.

...A CNN reporter asked Carney on Monday when the president was 'first made aware ... of these fraudulent lists that were being kept to hide the wait times' at VA medical centers... 'You mean the specific allegations,' Carney asked, 'that I think were reported first by your news network out of Phoenix, I believe? ... We learned about them through the reports. I will double check if that is not the case. But that is when we learned about them and that is when I understand Secretary Shinseki learned about them, and he immediately took the action that he has taken.'

After the Operation Fast and Furious scandal broke, Obama responded to national outrage in an interview broadcast by CNN's John King on October 12, 2011, similarly saying he was out of the loop until he turned on his television.

Of course, in typical fashion, it turns out Obama was warned six years ago of these issues. 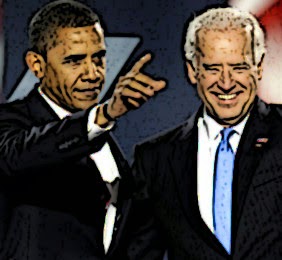 The Obama administration received clear notice more than five years ago that VA medical facilities were reporting inaccurate waiting times and experiencing scheduling failures that threatened to deny veterans timely health care — problems that have turned into a growing scandal.

Veterans Affairs officials warned the Obama-Biden transition team in the weeks after the 2008 presidential election that the department shouldn’t trust the wait times that its facilities were reporting...

...In recent months, reports have surfaced about secret wait lists at facilities across the country and, in the case of a Phoenix VA facility, accusations that officials cooked the books to try to hide long wait times. Some families said veterans died while on a secret wait list at the Phoenix facility.

There are now at least 100 reported deaths due to VA malfeasance, and that's just the tip of the iceberg.

And don't you love these progressives who screech like children for single-payer? We have single-payer: in the Veteran's Administration and the Indian Health Service, to name but two.

And that's the future of Obamacare.

Oh, and the VA's highest priority appears to be getting Bradley Manning a $70,000 sex change.

Wow he found out about it 5 years ago. But he did not get mad till it hit the press. So all he is mad about is the press preports not what happned. He doesnt care about that or he would have fixed it 5 years ago

But wait didn't his administration know about this 5 years ago? But he is now telling us that he just now heard about it on the news. Who in the hell is he trying to kid here? What the hell is going on in the daily briefings are they conducting the morning Muslim prayer. Or letting the president know what the heck is going on in the world.

He would rather my fellow veterans die he doesn't care for them.

Where have all of you been?? Prez Barky doesn't attend the daily morning briefings, he's too busy cleaning up after Reggie leaves and filling out his numerous sports teams bracket and where he is going to play golf and with whom he can scam the next green energy billions awarded to his buds...He doesn't have time for the RACIST!!! briefings telling him his midascrap touch on every single issue of his admin that is/has turned to puke, every single one..And it's Bush's fault........