The insanity of a federal policy that refuses to secure America's border with a failed narco-terror state is nowhere better illustrated than today in El Paso.

Two frightening incidents of vandalism in El Paso near the Mexican border in Texas have been interpreted as warnings from drug cartels... 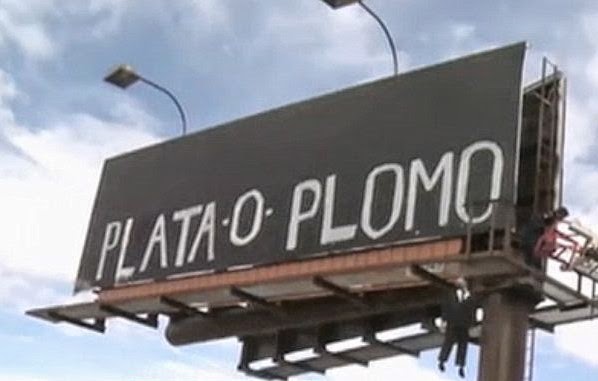 In both instances, a mannequin wearing a suit and tie was tied to a billboard with a noose and messages were scrawled over the placards. 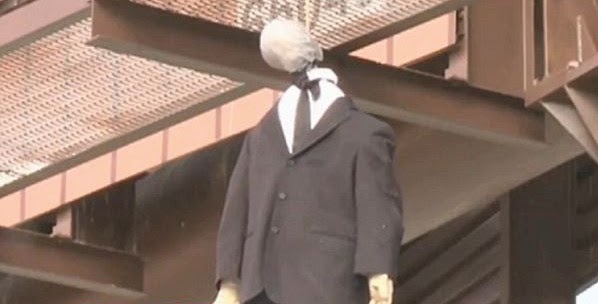 Local station KHOU reports that one of the signs reads 'Plata o Plombo' which translates to 'silver or lead', a threat used commonly against police officers effectively warning that if they do not accept the cartel's bribes then they will be shot. 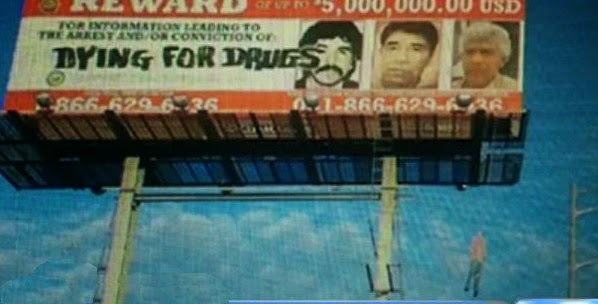 ...This symbol has historically been used by Mexican drug cartels to threaten or intimidate Mexican citizens, business owners and government officials; however, we have never experienced this in El Paso,' local police said in a press release about the vandalism...

...The fear now for many is that the 'warnings' shows that the drug cartels- which have not been identified by name- are willing to bring the violence from Mexican border towns into Texas.

They're "doing it for love," right, Jeb Bush?